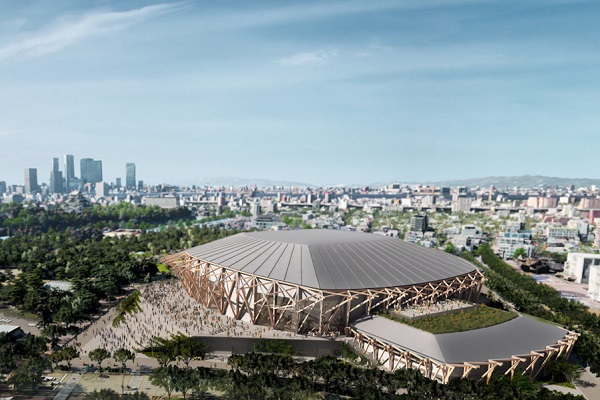 The Aichi Prefecture on Japan’s Honshu Island and the Aichi Smart Arena Group have announced the signing of a project agreement for the construction and operation of the new 17,000 capacity Aichi Arena.

Commenting on the project during the recent project agreement signing ceremony held in the prefectural capital city of Nagoya, Aichi Governor Hideaki Ohmura, stated “the group is headed by Maeda Corporation, which has a vast experience in the concession scheme, and the mobile communication giant NTT Docomo, while the arena and its surrounding landscape will be designed by Kengo Kuma so we will have a world-class arena that we can be proud of.”

Following the receipt of three bids to build the venue, the Aichi Smart Arena Group was announced as the winner with the accepted bid price of JPY 19.9991 billion (US$185.1 million).

The new venue is designed to replace the ageing current Aichi Arena, located inside the outer citadel of the Nagoya Castle. Completed in 1964, the venue has since been perceived as one of Aichi’s most iconic live entertainment venues through hosting annual summer events such as the Nagoya Grand Sumo Tournament for more than half a century. 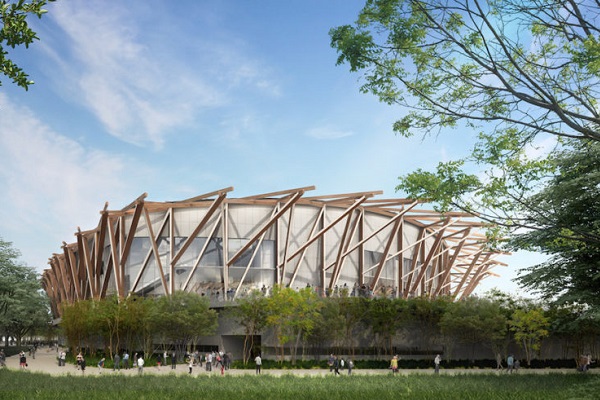 With its facilities and capacity not meeting the international standards required to be the main indoor venue for the 2026 Asian Games, co-hosted by the Aichi Prefecture and the City of Nagoya, the new Aichi Arena will be built on a 4.6-hectare land inside the North Park of the Maijo Park (North Ward).

The new five-storey building will feature a ‘hybrid oval’ bowl combining features of both oval and horseshoe bowl styles enabling it to host multiple codes of sports and music events.

When complete the Aichi Arenas will introduce a new venue maintenance and management system with cutting-edge technologies while providing ‘world-first’ and ‘Japan-first’ services. It will also fully utilise AEG’s powerful networks to attract international live events on a regular basis. The operator will also promote the arena to one day become “a holy ground for table tennis and dance competitions”.

The prefecture and the Aichi Smart Arena Group will sign a specific business contract in June before the design and build phase starts in anticipation of the venue opening in March 2025.

The group will now propose a ‘service purchase fee, based on the sum of the design and construction fees and subsequent maintenance and management fees minus projected income.

10th July 2020 - Japanese Government to allow indoor venues to operate with up to 5,000 capacity