Conservation and tourism not mutually exclusive in Victoria’s national parks 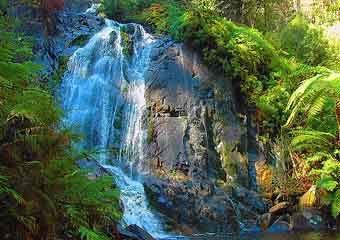 "Claims these reforms amount to the privatisation of national parks are no more than scaremongering.

"Appropriate amenities that facilitate and enrich the visitor experience in Victorias national parks will allow more people to visit and encourage visitors to stay longer and explore further.

"This supports the jobs of more than 118,000 Victorians directly employed in the tourism industry and will result in growing job opportunities across the State.

"This encourages visitors to attain a deeper understanding of the environment and builds awareness of conservation challenges and programs.

"The reforms support long-term investment in sustainable and environmentally appropriate tourism operations and will help to extend visitors' length of stay and tourism expenditure in regional areas of Victoria.

"Longer-term leases encourage private investment in tourism infrastructure projects and provide stability and certainty of return which in turn deliver ongoing sustainable benefits to the area.

"Any new developments must abide by strict investment guidelines of Tourism Investment Opportunities of Significance in National Parks - Guidelines, based on assessment of social, environmental and economic impacts and subject to consultation with the National Parks Advisory Council.

"We welcome the progress on this issue and we encourage all parties in the parliament to support these reforms."

The Victorian Government's proposals have been criticised by the Victorian National Parks Association (VNPA) which claims that the new legislation will effectively put Victoria's national parks "up for sale" with 99 year development leases set to be allowed in the State's most important parks.