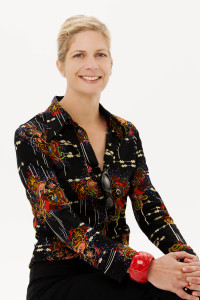 The NSW Government has announced that Dolla Merrillees has been appointed Director of the Museum of Applied Arts and Sciences (the former Powerhouse Museum) and will lead the relocation of the Museum to Parramatta.

Merrillees has been acting in the role since former Director Rose Hiscock left in December, less than three years into a five year contract, to take on the role of Director of Melbourne's Science Gallery, which will open in 2018.

Previously, Merrillees had been the Director Curatorial, Collections & Exhibitions at the Museum since 2014.

With confirmation this week that the Museum of Applied Arts and Sciences (MAAS) will move to Parramatta, a move initially opposed by Hiscok, Merrillees will lead the institution through its relocation

Announcing the appointment, NSW Deputy Premier and Minister for the Arts Troy Grant explained “Ms Merrillees has excelled in the role of the Powerhouse’s Acting Director during the past four months and she is as excited as we are about planning for the museum’s future through its relocation to Parramatta

“The Museum of Applied Arts and Sciences has begun an era of incredible change and with her experience and innovative approach, she is the right person to lead the organisation through this period and make the most of the opportunities it presents.

“With the new Powerhouse site being announced, Ms Merrillees’ knowledge of the museum’s collection and vision for its future will come to the fore to create a museum that will be the envy of other global cities.”

Merrillees has extensive experience in the cultural sector including leadership roles with the Biennale of Sydney, the Sherman Contemporary Art Foundation and Museum and Galleries NSW.

Her career spans managing and developing exhibitions, public and educational programmes and collections. She has been directly responsible for the Powerhouse’s exhibits since 2014 and has been heavily involved in forward planning for the museum’s relocation and future vision.

Welcoming her appointment, Merrillees stated “the Museum of Applied Arts and Sciences is a highly successful interdisciplinary Australian institution with an exceptional collection

“Deepening audience engagement, bringing the collections to life through hands-on experiences and offering a variety of pathways through ideas and information is key. We are a contemporary museum for a smart and creative city.”