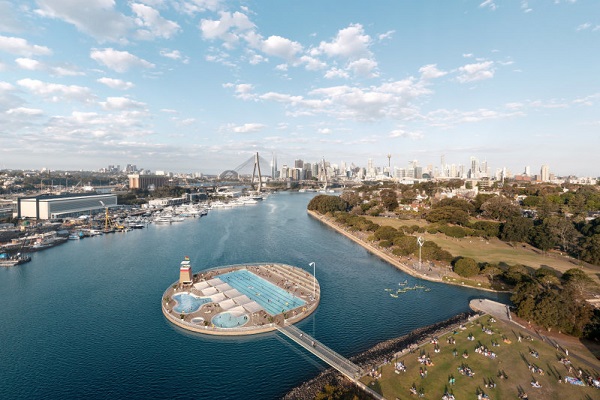 The City of Sydney has today released concepts for a series of floating pool in Sydney Harbour, unveiling designs by Andrew Burges Architects for swimming spots at Beare Park, Pirrama Park and the Glebe foreshore.

Looking to echo similar facilities in Berlin, Copenhagen and New York, the ‘swimmable harbour’ concept include a floating platform pool, a pontoon design and a simple roped-off area, conceived by Andrew Burges Architects, the designer of Sydney’s Gunyama Park Aquatic and Recreation Centre.

Presenting options for urban swimming infrastructure in “iconic parts of Sydney Harbour”, these are not the first concepts for harbour-based pools with a plan for a swimming pontoon on Elizabeth Bay next to a council-owned marina in Potts Point having been unveiled in 2016.

Similarly, river-based swimming pontoons have also been proposed for Perth’s Swan River, Melbourne’s Yarra River and Adelaide’s River Torrens - none of which have come to fruition.

Speaking yesterday about the potential of Sydney Harbour at Sydney Water’s Innovation Festival, Sydney Lord Mayor, Clover Moore stated “Greater Sydney Harbour is one of the world’s greatest harbours and is a state, national and global asset.

“However, its waters have also been home to industry and pollution - most sediment contaminants entered the Harbour prior to 1970, when industry practices were poorly regulated. While we have seen some improvement, our harbour is continually threatened by possible adverse impacts of population growth and development. It is also susceptible to the impacts of climate change including high rainfall intensity and resulting catchment runoff.” 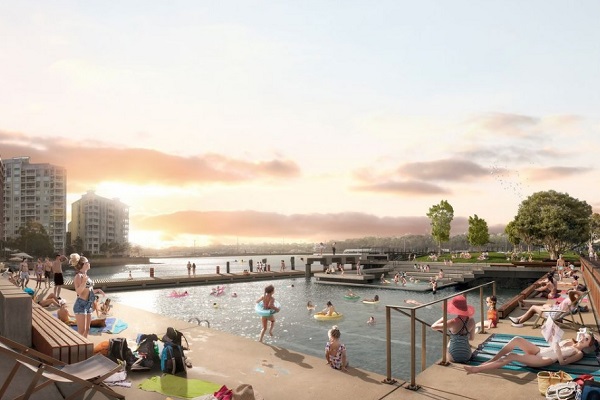 Ignoring water treatment options, Lord Mayor Moore indicated that such swimming opportunities could only be realised if the water quality of Sydney Harbour is improved.

Lord Mayor Moore said it would take a whole-of-government effort to clean up the waterways so they could be used for recreation, but that council would play its part to make it happen through stormwater management initiatives, and through its collaboration with Sydney Water.

With the potential swimming spots all being sites where the council has led harbourside renewal projects that have protected access to the water, Lord Mayor Moore added “swimming in the harbour is no pipe dream.

“Cities around the world are turning to their natural harbour assets rather than building more infrastructure. Copenhagen spent 15 years transforming its harbour from a highly polluted waterway to a swimmer’s paradise where wildlife is thriving. Once a polluted industrial port, Copenhagen city now invites people to swim in its waterways and enjoy a clean and thriving aquatic environment.”

The City of Sydney’s libraries, gyms and community centres begin to reopen as of 11th October as the NSW Government’s Covid-19 restrictions eased.

Images: Concepts for the ‘swimmable harbour’ on the Glebe foreshore (top) and at Pirrama Park in Pyrmont (below). Credit: Andrew Burges Architects.