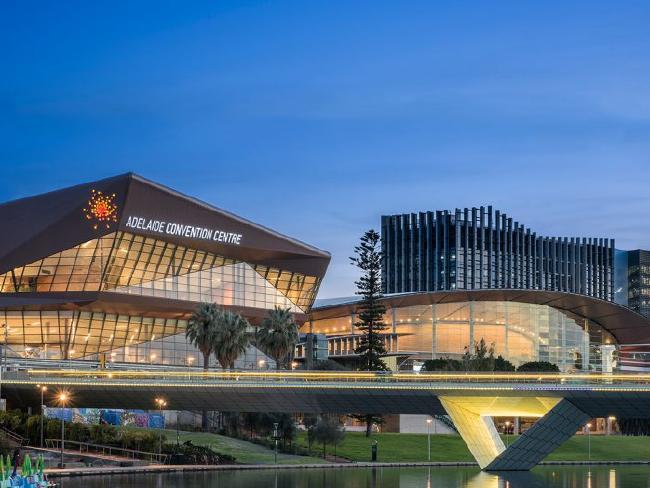 The nine-year, $397 million redevelopment of the Adelaide Convention Centre will enable South Australia to have a bigger presence in the lucrative business and major events markets.

Officially opened yesterday (30th August), the South Australia Government is expecting a near $2 billion return on its investment in the facility, attracting greater investment and supporting 1,200 ongoing jobs.

Speaking at the opening, South Australian Premier Jay Weatherill stated “our investment in the expansion and renewal of the Adelaide Convention Centre is expected to bring an extra $1.92 billion into the state's economy over the next 25 years.”

Now offering 20,000 metre² of event space including a new 3500-seat plenary hall, 95 conference events attracting more than 70,000 delegates have already been booked for the Centre between now and 2020. 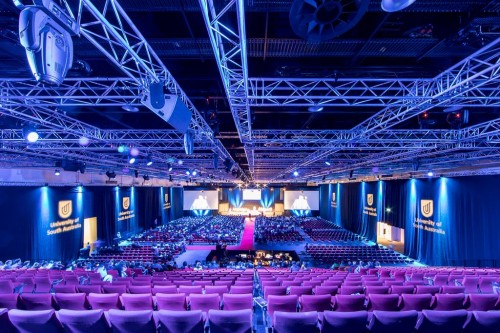 Commenting on the significance of the redeveloped facility, Tourism & Transport Forum Australia (TTF) Chief Executive Margy Osmond stated “the wait has well and truly been worth it.

“The inspired design of the building will make it an instant icon of the city and put it on par with convention facilities anywhere in the world.

“Conferences and business events are an important driver of Adelaide’s visitor economy and investing in the facilities that encourage growth of these markets supports jobs, encourages visitation and contributes significantly to local economies.

“Business events are a particularly lucrative market with visitors often spending up to four times more than regular tourists on accommodation, restaurants, entertainment, shopping and transport.”

Images: The completed redevelopment of the  Adelaide Convention Centre (top) and a recent event in the new plenary hall (below).