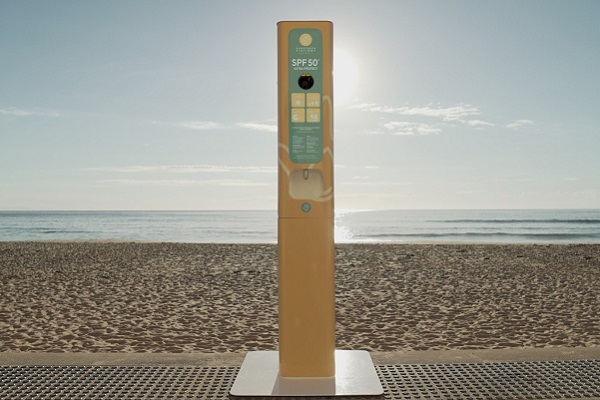 With its residents having a rate of melanoma higher than the national average, Coffs Harbour City Council has commenced a 12-month trail of vending machines that dispenses sunscreen.

Becoming one of the first local government authorities in Australia to install the Suncreen Stations Australia machines, the trial will monitor the number of times sunscreen is dispensed from the stations, which will be stationed at two beaches, a children's playground and the Coffs Harbour International Sports Stadium.

Commenting on the installations, Coffs Harbour City Council Director of Sustainable Infrastructure, Mick Raby told the ABC “we're aware that Australia in general has the highest incidence rate in the world of melanoma.

"It's the third most prevalent cancer and the cure for it is really simple: keep yourself protected from the sun.

"Given Coffs Harbour's weather and the amount of sunshine we get each year, we thought it was a pretty good idea to stick our toe in the water and run a 12-month trial."

The stations operate on a 'pay as you go system', dispensing 10ml to 50ml amounts via a touchscreen, with payment made via debit or credit card.

According to the Cancer Council, only 40% of  Australians wear sunscreen, a statistic of Sunscreen Stations Australia founder and General Manager, Ed Joris, hopes his machines will address.

Joris advised “in a perfect world, everyone would remember to take sunscreen to the beach and to apply it before they go.

"So what we're trying to come up with is a solution that will provide people with access to convenient, reliable sunscreen they can continue to reapply."

Developing the technology behind the stations saw the company address a number of technical issues arising during the four-year development process.

Joris added “one of those things is the storage of the sunscreen.

"When sunscreen is exposed to high temperatures or direct sunlight the chemicals separate and the sunscreen loses its effectiveness.

"So, what we've got inside our stations is a combination of active and passive technology that can cool the sunscreen."

10th May 2016 - New approach to gym and sport facility vending