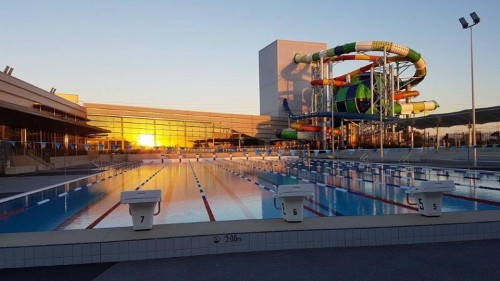 After more than a decade of careful planning and preparation, the Cockburn ARC (aquatic and recreation centre) was officially opened at a gala ceremony last night (Friday 19th May).

City of Cockburn Mayor Logan Howlett said it was an immensely proud occasion for the City and its community which had patiently anticipated the aquatic and recreation centre’s opening since before the first sod was turned at the nine hectare Cockburn Central West site in July 2015.

The largest facility of its kind in the country, thousands are expected through the doors this weekend for ticketed Discovery days where the facility’s three 18 metre-high waterslides that run up to 125 metres in length, will be among the star attractions.

The $109 million facility, which spans more than 3200 metre², and during the Centre’s soft opening over the past week, an average of 1700 people per day have experienced the health club, group fitness classes, swimming pools and café for the first time, meeting staff and providing vital feedback.

Members have begun to enjoy the Centre’s Technogym equipment which includes the cloud-based MyWellness app and log-in platform that tracks workouts and fitness improvement, plus in-centre Wi-Fi which enables sign-in to Netflix, Pandora and social media platforms for an even more enjoyable workout.

The Centre, which opens to the general public on Monday (22nd May), replaces South Lake Leisure Centre which is now closed after 25 years of community use.

Mayor Howlett said the ARC demonstrated the capacity of a partnership between local, state and federal government, a professional national sporting body, and an Australian public research university to deliver an integrated environmentally sustainable community facility for people of all abilities.

He explained “it represents a new benchmark for contemporary recreation, community, elite sporting and educational facilities, which is also home to the AFL’s Fremantle Football Club team, the Fremantle Dockers, and its AFL Women’s equivalent.”

The facility is already significant interest from members of the community. As well as casual visits, patrons can become a member of the Centre with full access to the gym, group fitness classes and aquatics. 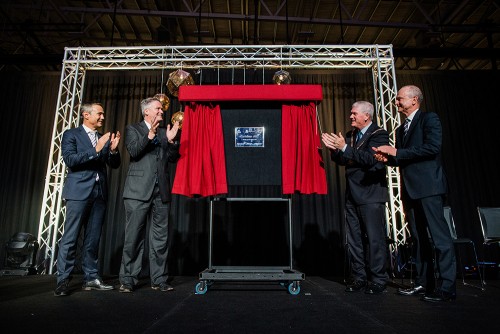 Memberships are also available for the Centre’s customised learn to swim program, Swim ARCademy, which caters for babies, school age and adult learners. This membership also entitles students access to the pools on any day, outside of their class time.

It will also create economic benefits with expenditure in Cockburn Central by facility user groups estimated to achieve an economic impact of $12M per annum.

A $3 million investment in geothermal energy infrastructure will have a payback period of between seven to 10 years and heats the Centre’s eight pools ranging from 24 degrees in the outdoor pool to 37 degrees in the community warm water therapy pool.

ARC is home to a massive 1MW Solargain rooftop solar installation, one of the largest installations of its type in Western Australia. It will generate 1550MWh per year, providing about a third of the facility’s annual load, saving about $300,000 annually and a carbon dioxide offset of 1170 tonnes a year.

Key elements of the ARC include:

• The 69.54 metre blue looping Rocket starts with a mind-blowing drop in a glass-enclosed rocket launcher and plunges through a laid over loop and down a 17.83 metre runout at the end of the slide. To date, this is the only looping rocket in Western Australia.
• The yellow Pipeline is a fully enclosed body slide that runs for 125.16 metre with a 20.82 metre runout. The slide includes multi-coloured strobe-like lighting effects to the inside of the tunnel.
• The highest throughput ride is the Tumbler which caters for up to two people on rubber rafts. The slide includes a large bowl, multiple loops and a cavern.
The slides are made using the highest isophthalic resins and designed and manufactured to the strictest standards in the world; EN1069-1.