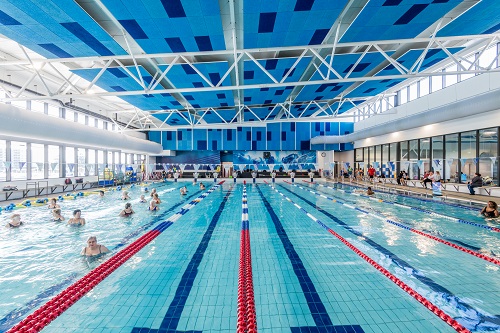 Coinciding with the City of Cockburn’s 40th year, its multi award-winning Cockburn ARC has been announced as the Water Corporation’s 40th Waterwise Aquatic Centre in Western Australia.

Western Australian Water Minister Dave Kelly made the announcement at Cockburn ARC this week, noting that members of the joint Water Corporation and Leisure Institute of WA (LIWA) Aquatics initiative had saved about 858 million litres of water - 81 Olympic swimming pools - over the past 10 years.

City of Cockburn Mayor Logan Howlett said the ARC, which as nine heated or cooled water bodies, was designed with extremely water efficient fixtures and fittings in mind, stating “some of these include sink and basin taps at or below Water Efficiency labelling standards. In the public areas, most tapware is push button with set run times.

“The showers are similarly water efficient, the toilets are all dual flush and the urinals are pre-set to two litres per flush. The centre uses pool blankets and pool filters only require backwash once a month.” 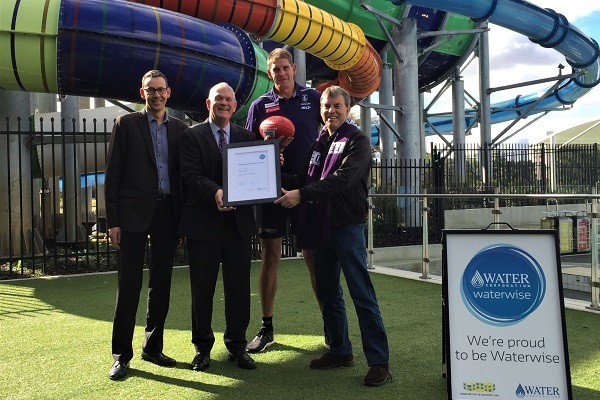 Mayor Howlett said all ARC water use was monitored via a Building Management System and reviewed regularly under a water management plan which aimed to identify inefficiencies and potential water saving targets to improve ARC’s water use and carbon footprint, adding “there is potential to “close the loop” by reusing water from the chlorine generator and line sampler, which could lower water use by at least 15% - ~6,000 kL/annum.

“This option requires consideration of the chemical composition of the waste water, and identifying a suitable re-use option.

“It may also be likely waste water can be diverted to the chiller in the near future which would also achieve a reduction in water use. Investigations of both these options are underway.

“Being water efficient is a holistic approach so we also do things like mulch our garden beds, use water wise plants, kitchens and the café use water efficient dishwashers, stickers and posters remind staff and patrons to practise water saving behaviours.”

The Waterwise Aquatic Centre Program aims to have all 115 of WA’s aquatic centres endorsed as waterwise by 2030, with all metropolitan centre’s endorsed by 2022.

For more information go to www.watercorporation.com.au/waterwisepools

3rd May 2019 - Cockburn ARC gets further recognition for marketing excellence