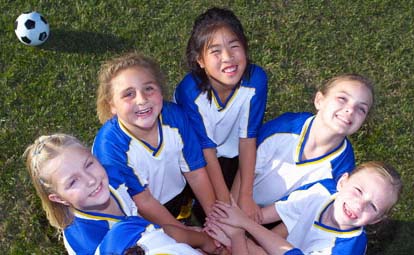 With Club Lime making an impressive $500,000 annual investment in the local not-for-profit sector, the report documents both new and long-standing relationships with local schools, charities and sporting groups as well as support for Canberra’s national sporting organisations; the Brumbies and Canberra Raiders.

Commenting on Club Lime’s commitment to the health and well-being of its community, Group Operations Manager Sean Hodges explains “we have a simple philosophy when it comes to community support - we support those who support our community.

“Our local investment is significant and it is at the core of our mission to create a healthy and positive impact within both the community and within our business.”

The health club chain is a local leader in its charitable endeavours, with the report not only reflecting a near $600,000 worth of donations for 2013/14, also notable are the pledged future projects, including: Workplace Giving and Community Leave – support programs allowing employees to directly contribute to community outcomes; and The Club Group Foundation - an in-house not-for-profit foundation through which Hodges explains “we can better realise our goals of furthering our community reach with all of our health and well-being goals.”

The report concludes with open arms and an extended invitation to anyone who thinks Club Lime can help support their worthy cause.

Club Lime founder and Managing Director Harry Konstantinou comments “in the year ahead I look forward to investing further into the community that supports us and broadening our sponsorship portfolio to include more events, more charities, more sporting groups and more community support organisations, with a common goal of achieving a healthier and happier community.”

Club Lime is the premier brand of The Club Group Pty Limited. Incepted in the ACT in 2004, Club Lime now boasts 14 locations throughout the ACT, branching interstate in 2012 with its first NSW Club based in Wollongong. Voted ‘Canberra’s Most Trusted Brand’ in a recent independent survey, Club Lime is Canberra’s preferred health club chain, garnering a loyal following and strong market position through delivery of a consistently high level of service and facility.

Click here to view a copy of the report.