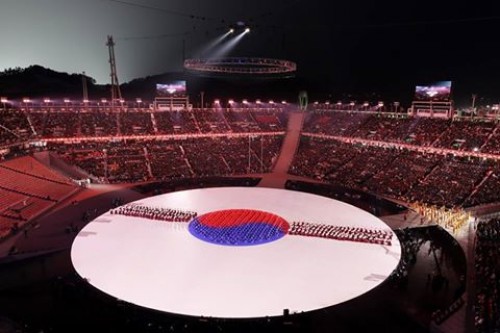 The PyeongChang Olympic Winter Games were given a festive and joyous send-off last evening, with K-pop helping to provide the soundtrack for a closing ceremony attended by dignitaries including US ‘first daughter’ Ivanka Trump.

A spectacular light show gave the backdrop to a breathtaking closing ceremony, a fitting end to 16 days of competition on the snow and ice.

Flagbearers from the competing nations, including Australian silver medallist Jarryd Hughes and New Zealand bronze Zoi Sadowski-Synnot, were the first athletes to enter Pyeongchang Olympic Stadium, before their teammates took enter the arena for the closing parade.

The event saw athletes from South and North Korea march together, as they did in the opening ceremony.

Traditional components of closing ceremonies were observed, such as the handing over of the Olympic flag to the 2022 host city Beijing and singing of the official anthem.

However, organisers successfully provided a Korean flavour to the evening, with performances from K-pop stars EXO and CL part of a musical spectacular.

Among the invited guests was Ivanka Trump, who sat in front of the Vice-Chairman of North Korea's ruling Worker's Party Central Committee, Kim Yong Chol. They did not appear to interact during the ceremony. 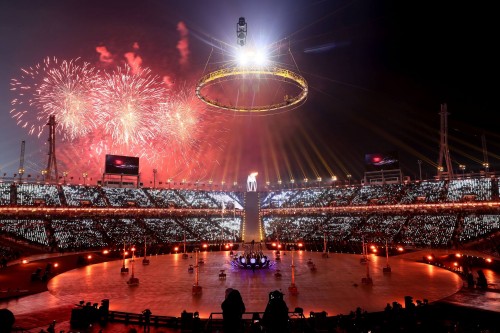 International Olympic Committee (IOC) President Thomas Bach praised the athletes from South and North Korea for marching together, as he believed it showed they were both committed to "a peaceful future".

Bach said the athletes from the two countries showed sport brought people together and built bridges, outlining the IOC would "continue this Olympic dialogue" after the Games.

He thanked South Korea as hosts for "showing us new horizons" as he declared the Games closed, while reserving a heartfelt congratulations for the thousands of volunteers.

Australia finished 23rd on the medal tally, with the two silvers won by Hughes (snowboard cross) and Matt Graham (moguls), and Scotty James' bronze in the snowboard halfpipe.

Norway led the tally with 14 gold and silver medals, as well as 11 bronze.

Germany matched the Norwegians with 14 gold, while host nation South Korea topped the podium on five occasions as part of a 17-medal haul.