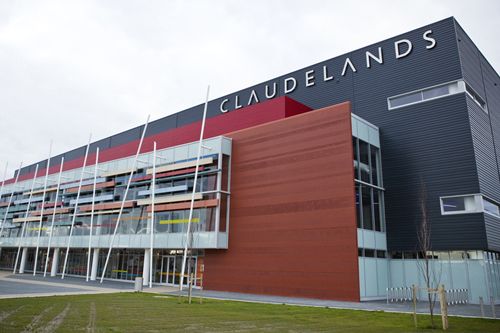 Hamilton is set to continue to grow its reputation as an events city, with the $68.4 million development of Claudelands events centre considered key to attracting new, diverse events to the city.

The development has been designed on the basis of a unique one-site, multi-zoned facility with strong connectivity and close proximity to Hamilton’s central business district. It includes a 5000-capacity multipurpose indoor arena, conference facilities for up to 1500 delegates and upgraded exhibition areas, as well as multiple indoor and outdoor exhibition spaces, a multi-use grassed oval and unique function space, The Grandstand.

Hamilton Mayor Bob Simcock said the Claudelands project is strongly supported by the community and will bring over $20 million into the community every year, mostly from conferences.

Claudelands will also give us access to many sports and entertainment events that don’t come to Hamilton currently. This project will keep up to 300 people employed for the next two years in an industry that is under pressure.”

Features of the development will include:

• Claudelands Arena – a 5,000 seated capacity multi-purpose arena for amplified music and live performances, exhibitions and international sporting events
• Conferencing facilities with the ability to host up to a 1500 delegate conference
• 10,500 metre2 of indoor exhibition space for multiple trade or consumer exhibitions and shows.
• Function lounges for special banquets and award dinners
• Expansive outdoor hard surfaced exhibition space of up to 3,000 metre2
• Large grassed oval for outdoor non sporting activities
• Ample car parking on site
• Close to CBD and accommodation
• 20 minutes drive to Hamilton international airport and 1.5 hourrs to Auckland international airport.
• Close to many of the unique regional tourist activities such as Waitomo and Rotorua.

Claudelands Development and Commercial Director Mark Christie said that once the development is complete Claudelands will become a crucial piece of event infrastructure for both the city and country. The diversity of the new venue will enable a variety of mid-sized live performance concerts, international sporting fixtures, major conferences and exhibitions, along with an enhancement of the existing exhibition and show business.

“Hamilton’s ever-growing portfolio of signature events means the city is rapidly gaining a reputation as an events destination with a great blend of international, national and local world class events."

“This project will build on this momentum and help to bring even more quality events to Hamilton.”

Since successfully hosting the inaugural New Zealand leg of the Australian V8 Supercar series in 2008, Hamilton has continued to impress event organisers and promoters with its ‘can-do’ attitude and delivery. Over the past few years the city has secured a number of new events including the World Rowing Championships 2010, Super X (the largest supercross event to ever be held in New Zealand), several matches during the Rugby World Cup 2011 and one of the country’s most high profile boxing matches, the David Tua versus Shane Cameron ‘fight of the century’.

Christie said Hamilton’s size and proximity is one of its biggest draw-cards for event organisers, adding “Hamilton is New Zealand’s fourth largest city and largest inland city, and has a catchment area which is hard to rival, with about half of New Zealand’s population – around two million New Zealand people – within a two-hour drive away.”

Physical work on the development at Claudelands got underway last July. The exhibition component is the first scheduled to be complete in mid-April 2010, followed by the conference and arena facilities in mid-2011.