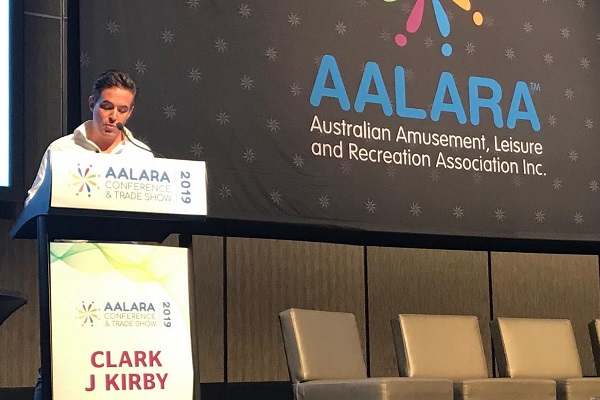 Clark Kirby, Chief Executive and Executive Chairman of Village Roadshow Theme Parks, has explained how he has “challenged everything” within the Gold Coast-based theme park business since taking on his role in April 2017.

Speaking at the Australian Amusement, Leisure and Recreation Association (AALARA) 2019 Conference on the Gold Coast yesterday, Kirby advised that with the  Village Roadshow Theme Parks business facing major challenges, not only relating to the aftermath of the October 2016 Dreamworld fatalities, he set about a range of changes with the operations of Warner Bros. Movie World, Sea World, Wet‘n’Wild Gold Coast, Australian Outback Spectacular, Paradise Country and its overseas operations.

Advising that the business is going through a period of “constant evolution”, Kirby explained that the

Village Roadshow Theme Parks had adopted a strategy that addressed premiumisation of the brand, creating a voice, pricing, rebuild the parks identity, planning capital investment, key relationship management and optimising the efficiency of the core business.

Having also provided an engaging account of the evolution of Village Roadshow, advised how premiumisation of the brand had involved creating a single pass using the Village Roadshow brand across all of its attractions for the first time under the banner 'Australia's best theme parks'.