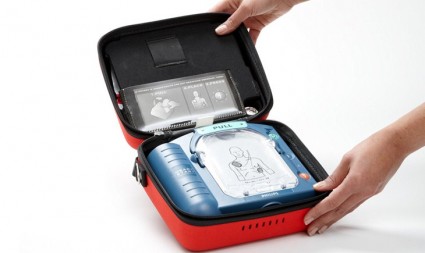 The sudden death of a 27-year-old competitor in Sydney's City2Surf event has prompted calls for more automated external defibrillators (AEDs) at sporting events.

Chris Head, dubbed a 'fitness fanatic', died on Sunday (10th August) having suffered a cardiac arrest at the end of the annual run through Sydney's Eastern Suburbs.

With more than 1,000 young men and women dying suddenly from heart failure in Australia each year, Sydney University and Royal Prince Alfred Hospital Cardiologist Professor Chris Semsarian believes that the lifesaving devices should be in place at every school and at every sporting event.

The renowned cardiologist, who specialises in cardiac death in the young, believes more needed to be done to prevent deaths, stating "defibrillators should be at every sporting field and in every school.

“When you have a cardiac arrest, while having someone pushing on your chest might keep you alive for three minutes, the only thing that is going to save you is the shock of a defibrillator.”

While physical exertion is seen as a cause, very little is known about ‘sudden unexplained death syndrome’ and how it impacts on seemingly healthy and physically fit people under 35 years of age.