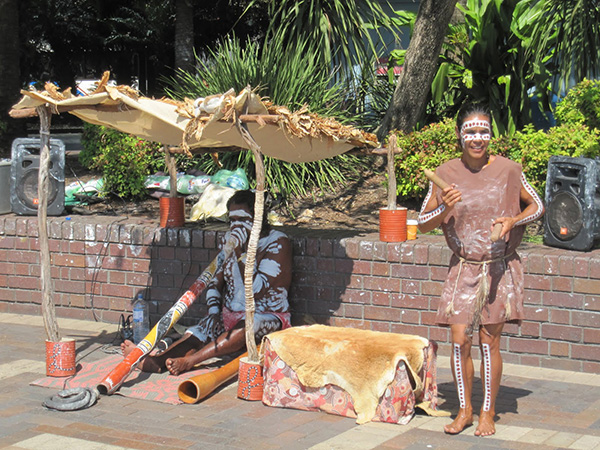 The City’s new policy has been approved by the Office of Local Government with the move being part of the City’s recognition that the practice of culture is vital to maintaining cultural identity and connection to place for Aboriginal and Torres Strait Islander peoples.

“The practice of Aboriginal and Torres Strait Islander cultures, outdoors and in public spaces, is the practice of our inherent cultural rights as articulated in Article 11 of the United Nations Declaration on the Rights of Indigenous Peoples.”

Lord Mayor Clover Moore said the City values and respects Aboriginal and Torres Strait Islander cultural practice as a way of sharing and celebrating cultural knowledge with the wider community and visitors to Sydney, advising “the practice of Aboriginal and Torres Strait Islander cultures is testament to the resilience, fortitude and continuation of these living cultures.

“The intrinsic right to practice cultures is vital to maintaining wellbeing, personal identity and connection to culture for Aboriginal and Torres Strait Islander peoples, as well as sharing cultural knowledge.

“The City’s new policy recognises that the practice of cultural heritage is not a busking activity - this means Aboriginal and Torres Strait Islander people can practice their cultures without requiring an approval from the City, as long as safety requirements are met.”

The new policy outlines safety considerations and space management measures for cultural practitioners, as well as the protocols for practicing culture in public spaces.

Click here for more details on the City’s new policy for Busking and Aboriginal and Torres Strait Islander Cultural Practice.