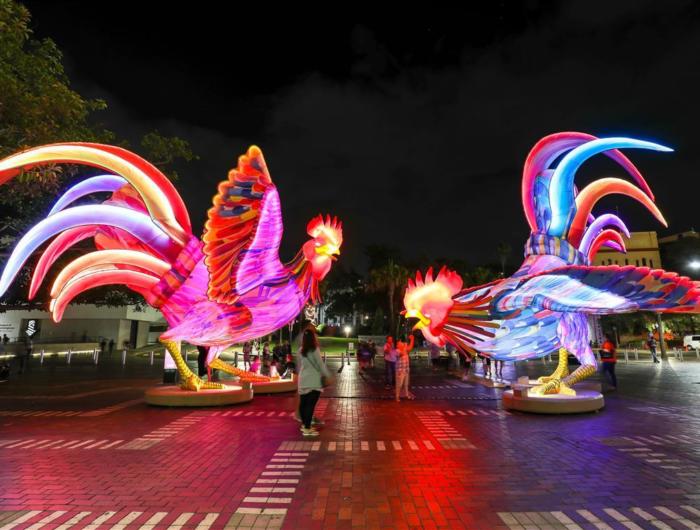 Celebrations for Sydney’s 2019 Lunar Festival will be more inclusive, welcoming performers and audiences from a wider range of multicultural communities than ever before.

Sydney Lunar Festival will welcome tourists from around the world, as well as Sydney’s multicultural Chinese, Korean, Japanese, Vietnamese, Thai, Indonesian, and Malaysian communities, to celebrate the Year of the Pig.

Over the past 22 years, the festival has grown from a small community event in Chinatown to the largest in the world outside of Asia. More than 1.3 million people attended Sydney’s Chinese New Year Festival in 2018 and more than 2 billion people are reached through Australian and international media exposure. Attendees of the festival spent $70 million – a significant boost in visitor spend, up from $7 million in 2010 and $12.7 million in 2016.

Lord Mayor Clover Moore said the City has met with representatives from key community organisations to intro-duce the Sydney Lunar Festival which is considered to be an evolution of the largest Chinese New Year celebrations outside of Asia.

“In the past few weeks, we’ve met with leaders from Chinese and other communities to brief them on this exciting new event,” the Lord Mayor said.

“We are also consulting with multiple Consulate Generals in Sydney and a wide range of cultural and community representatives from Chinese, Korean, Japanese, Vietnamese, Thai, Indonesian, and Malaysian communities.

“This is about taking our festival to the next level without forgetting where it came from and that’s why the festival will still feature key Chinese New Year elements and events including a spectacular lantern feature in the heart of Chinatown.

“I look forward to celebrating the Year of the Pig with residents, businesses and visitors in February 2019.”

Since 1996, the City has produced more than 120 events for the festival, supported 838 associated events and hosted 15 delegations from China to be part of the celebrations.
In 2019, the Year of the Pig celebrations will run from February1st to February10th and feature:
•the Lunar Lanterns exhibition – a contemporary interpretation of the 12 animal signs in the Chinese Zo-diac that will line the foreshore from the Sydney Opera House, around Circular Quay to the Overseas Passenger Terminal
•nightly lion dancing around the lanterns, alongside traditional and contemporary performances from lo-cal Chinese, Korean, Japanese, Thai and Indonesian community groups on the opening weekend
•more than 3,000 participants taking part in the largest Dragon Boat Races in the southern hemisphere
•more than 80 associated events including a diverse mix of performances, art exhibitions, film screenings and historical tours.