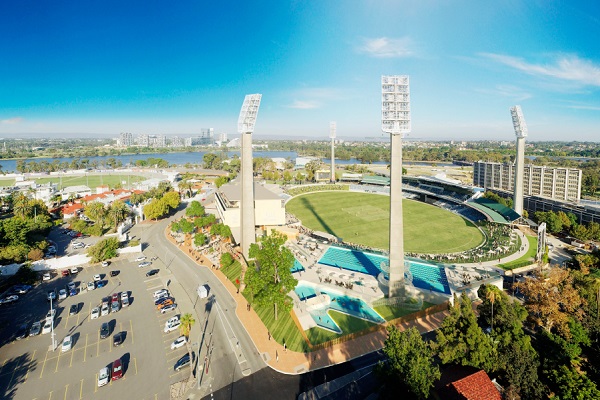 City of Perth Councillors have voted to rejoin the project for the redevelopment of Perth’s WACA ground, voting to contribute $25 million towards the $100 million redevelopment of the famous cricket ground.

However, as reported by WA Today, the Council will not contribute to the upgraded facility’s upkeep and operations.

The Council voted unanimously at the end of last month to contribute to the project’s capital costs after previously deciding in July to withdraw from the project - which is part of the broader $1.5 billion city deal between the Federal and Western Australian Governments.

A draft business case prepared by consultancy firm ACIL Allens for the City of Perth earlier this year suggested the Council would have to pay $125.5 million in operating subsidies over a 40-year period, which would result in rate rises.

However, Western Australian Government advisory body Infrastructure WA prepared separate analysis of costs, after a request by Western Australian Premier Mark McGowan, which estimated it would only cost the city half as much as had been presented.

Premier McGowan has maintained the state government was committed to building a pool at the WACA ever since the City of Perth pulled out of the project.

Western Australian Planning Minister, Rita Saffioti welcomed the Council’s change of mind, stating “it’s important the City of Perth embrace the city deal and contribute adequate financial support to the overall agreement, above the $25 million, given they have refused to accept their basic local government responsibility of running an aquatic facility.

A development application for the WACA works submitted to the Western Australian Government’s development agency this month had removed the aquatic facility from the first stage of the project following the Council’s earlier rejection.