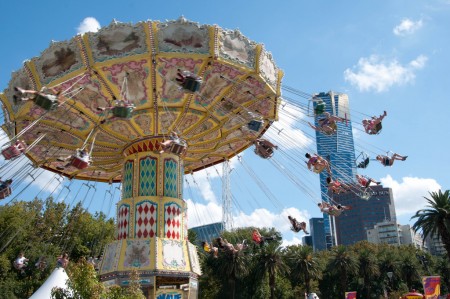 Melbourne's annual Moomba festival will now proceed with a revised program, after the reversal of an announcement made yesterday that it would be cancelled.

The City of Melbourne had blamed COVID-19 restrictions and the recent five-day lockdown for the cancellation of the annual Labour Day festival along the banks of the Yarra River.

However, in a statement released this afternoon, Melbourne Lord Mayor Sally Capp said cancelling it was a mistake and the message from the community was loud and clear acknowledging “Melburnians want Moomba to proceed.

Lord Mayor Capp notes “we have been working closely overnight with the events industry and the Victorian Government to ensure we can deliver a reimagined Moomba 2.0.”

Moomba 2.0 will go ahead on the Labour Day long weekend with a reduced program of events - the annual Birman Rally, parade and water skiing will not be going ahead. Moomba 2.0 will be a COVIDSafe event, with ticketing and COVIDSafe marshals across all sites.

Lord Mayor Capp added “the circumstances of the past year have meant we were not able to host the traditional Moomba festival that the community has come to know and love.

“To all the small businesses, suppliers and creatives that work closely with the City of Melbourne, we remain committed to delivering events across our city.”

Instead of the usual festival featuring a parade, water skiing and the Birdman Rally, Moomba 2.0 will be a series of fun, family friendly events and attractions across the city that will help bring the buzz back to Melbourne.

The revised program will include:

The Lord Mayor said Melburnians would be able to enjoy a Moomba long weekend filled with events, which will also help to support local jobs and businesses.

“I’d like to thank the Victorian Government, and particularly Minister Pakula, for working with the City of Melbourne to ensure Moomba can proceed and deliver a family friendly festival for our city,” the Lord Mayor said.

“We are pleased to be able to offer Moomba 2.0, with a revised program this year,” Campbell said. “We have worked hard overnight to bring back iconic elements of Moomba including the carnival for our families and the beloved Moomba monarchs.

“Traditionally, the event has contributed more than $32 million to the city’s economy each year. While the numbers will be lower this year, it is more important than ever to help support our tourism, creative and events industries.

“Everything we can do to support these industries now helps to ensure we keep Melburnians in work and support so many small businesses that rely on our reputation as one of the world’s best event cities.”