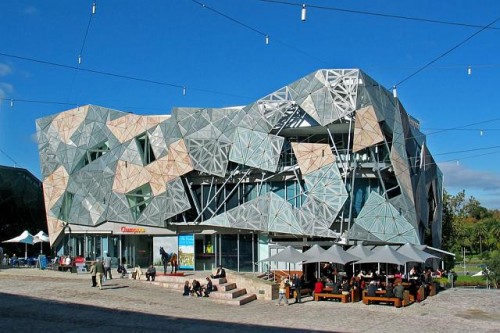 The City of Melbourne is considering an investment of $22 million to update Federation Square into a premier civic space featuring a new public library and revamped Koorie Heritage Trust.

“We have a proven track record of delivering major events – Moomba, New Year celebrations, Melbourne Music Week, Melbourne Fashion Week - to name just a few. We have the talent and experience to bring Melburnians back to Fed Square.”

If the City of Melbourne is appointed manager of Federation Square, it would consider investing $15 million in relocating City Library to Fed Square along with $7 million for the Koorie Heritage Trust.

Lord Mayor Capp advised “this much needed investment would preserve the cultural and civic value of this iconic Melbourne space and attract hundreds of thousands of visitors.

“This is a once-in-a-generation opportunity to create a new benchmark for Australian libraries and celebrate our city’s indigenous history.”

The funding is contingent on Council being given management responsibilities for the site. Under the arrangement, City of Melbourne would manage the site, including tenancies, maintenance and activation.

“The City of Melbourne can work with the Victorian Government, businesses, residents and visitors to our amazing city to make Federation Square the place it was always meant to be.

“Investing $15 million to relocate our City Library will attract one million more visitors to the Square per year, bringing life and economic activity to the Square. That foot traffic will be critical to the existing small businesses in Federation Square.”

Deputy Lord Mayor Wood further commented “the Koorie Heritage Trust does an amazing job of teaching Australians about our Aboriginal history. This $7 million funding boost will ensure the stories the Trust tells and the experiences it offers reach even more people. We know one of the key issues our international visitors identify is the desire for more opportunities to experience and understand Aboriginal culture.

“Federation Square brings people together – be it for a meaningful cultural experience, to watch a great match on the big screen or to enjoy a bite to eat. This initiative will ensure Federation Square’s appeal is sustained.

“The once in a generation opportunity to invest in Federation Square, linking it to the wider precinct and on to the greatest stadium in the world, the MCG, is here and now because of the Victorian Government’s investment in the Melbourne Metro project. It’s a chance to enhance what’s already great and reimagine the precinct as an exciting mix of events, food, arts and culture, education and history that speaks to Melbourne’s identity.”

The City of Melbourne has made a comprehensive submission to the Victorian Government’s Federation Square Review, currently under consideration, and supports proposals that invest in the site’s civic and cultural success.