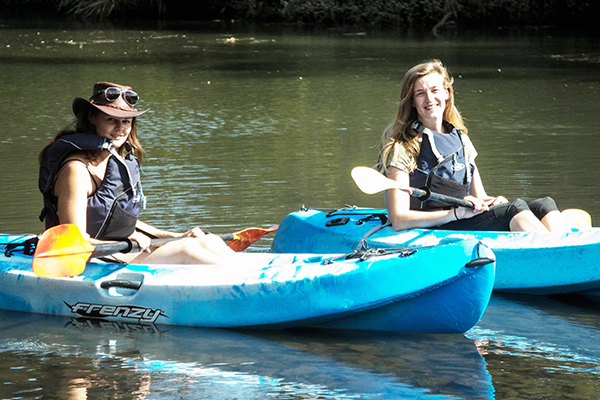 Following confirmation of platypus living in the upper reaches of the Albert River, the City of Logan community is being invited to participate in PlatypusWatch to help with their conservation.

Platypus are listed as ‘near threatened’ on the International Union for Conservation of Nature Red List.

The species is found in freshwater habitats of varying quality. However, they require deep permanent pools, high consolidated sloping banks and cobbled stony substrates for a sustainable existence.

Logan City Council has partnered with the Gold Coast Catchment Association (GCCA) to deliver additional PlatypusWatch surveys in the Albert River, which is the border between the cities of Logan and Gold Coast.

Environmental DNA (eDNA) technology was used to confirm the presence of the platypus in the Albert River after a member of the public advised of seeing one there in 2017.

Council collaborated with the Wildlife Preservation Society of Queensland to take eDNA samples at 14 sites during last year’s breeding season.

There was a particular focus on the Cedar Creek, Wolffdene and Bannockburn reaches of the river.

Two sites at Wolffdene and another at Cedar Creek returned data that confirmed the presence of platypus.

Samples at four other sites – two at Wolffdene, one at Cedar Creek and another at Tamborine – contained small amounts of platypus eDNA meaning it is likely platypus live in those areas.

The exact sites were not made public to help protect the platypus populations.

GCCA executive officer Rosalinde Brinkman said a platypus was spotted in the Albert River in April.

Brinkman noted: “It was at one of the locations where they found eDNA. The platypus was spotted just after first light. It was absolutely exciting to follow the research with a confirmed sighting.

“It is so important that we find out exactly where the platypus are as it will help conserve them and ensure their presence is factored into any river plan and development of surrounding areas.”

Logan City Council has a number of projects underway through its Logan and Albert River Vision program and Waterways Recovery Plan that aim to rehabilitate the two waterways and their tributaries.

Council is also working closely with neighbouring councils and water managers, Seqwater and Healthy Land and Water to focus on the mid and upper catchments of the city’s rivers which are the major sources of sediment in the lower reaches.

Recently, Logan City Council partnered with Scenic Rim Region Council to plant thousands of trees along the banks of the Logan River at Woodhill and Allenview as part of the Resilient Rivers Initiative led by Council of Mayors SEQ.

A free PlatypusWatch workshop will be held at Beenleigh Library, Crete Street, on Saturday 10th August, from 9am to 10.30am.

Attendance at the workshop is compulsory for anyone who would like to be involved in the next Albert River PlatypusWatch survey on Sunday, 15th September (5am to 9am).

The workshop will include correct techniques and safety tips for spotting platypus.

Surveys are open to people of all ages and fitness levels. Monitoring for platypus can be done from bridges, from chairs on the river bank or on the water in kayaks and canoes.

Registration is required ahead of the PlatypusWatch workshop.

To get involved email gcplatypus@gmail.com