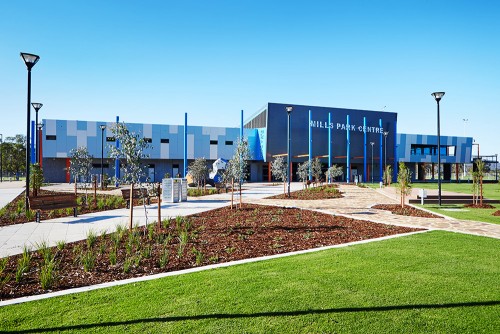 The City of Gosnells’ Mills Park Centre has been named Leisure Facility of the Year at Parks and Leisure Australia’s (PLA) Western Australian awards.

The facility, which was re-opened last year after undergoing a $47 million facelift, was recognised at the PLA’s 2017 Regional Awards of Excellence.

Located in the suburb of Beckenham and sitting at the heart of the Mills Park sporting complex, the facility offers a large 485 metre² function hall, a 144 metre² lesser hall and a 56 metre² activity room.

The PLA award came after the centre was officially named Australia’s first 6-Star Green Star rated facility earlier this year. It qualifies the centre for entry to the PLA’s national awards in October. 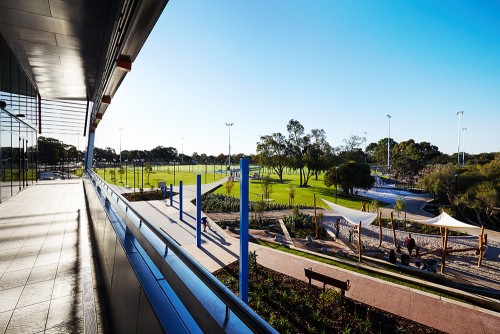 City of Gosnells Mayor Olwen Searle was delighted with the award and said the facility had exceeded all expectations, stating “it is a wonderful community hub, first-rate sporting complex and offers people of all ages a beautiful public open space.”

Mayor Searle said the City’s project team and parks staff deserved equal praise for the latest award, adding “designing, building and now maintaining Mills Park has been a true team effort and all staff involved, as well as our project partners, have enabled the City to provide one of the state’s best leisure facilities.”

Mills Park Centre images courtesy of the City of Gosnells.