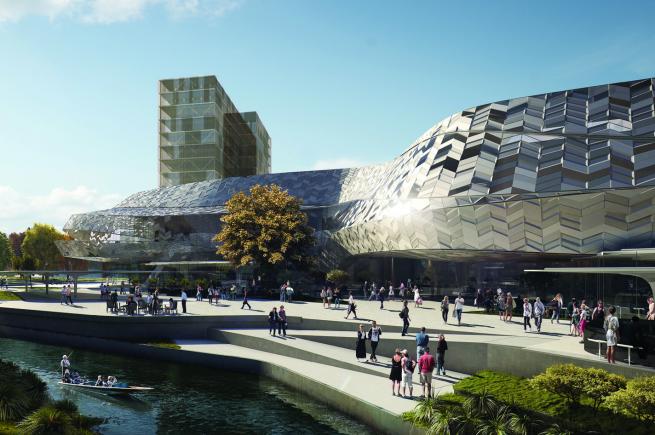 CINZ Chief Executive Sue Sullivan says the new convention centres being planned for Christchurch and Auckland will grow the country’s convention capabilities while further developments in Queenstown and Wellington will enhance the venue offering.

Sullivan explained “New Zealand is working to become a major player in the international convention business.”

Pointing out that that there are a significant number of  conferences on the international circuit that the country is missing out on because it doesn’t have a large enough venue, Sullivan adds “a facility in Auckland catering for 3,000 delegates will allow New Zealand to host conferences of a size not seen here before.

“It will give us the ability to tap into markets we’ve been shut out of in the past because we simply haven’t had venues big enough to cater to their needs.”

The New Zealand International Convention Centre (NZICC) planned for Auckland will be capable of hosting 3,500 delegates, with a 3,000-seat arena, exhibition spaces and breakouts.

The new Christchurch Convention and Exhibition Centre will be positioned as a boutique-style international-standard facility, aimed at attracting international conferences and conventions to Christchurch. In addition to 4,000 metre² of exhibition space, a tiered and divisible auditorium for 1,500 and multiple flexible meeting spaces, the Centre will also feature a premium banqueting space.

Master planning of the new Christhcurch venue is set to be completed within the next few months with construction due to start mid-2015. Bookings for 2018 and beyond have already been secured.

New Zealand is standing at 51th at the International Conference and Convention Association's (ICCA) annual country and city ranking, an all-time high for the country.

To aid its international profile, CINZ has released its latest comprehensive guide for event planners, including a new Luxury section.

The 2015 New Zealand Event Planners’ Guide has increased from 140 to 180 pages and features a four page section for every region of New Zealand, plus a new section devoted to luxury products, venues and services.

A highlight of the new guide is a venue size index, with capacity listings for every venue in the country, and a supplier index, sorted by types of service.

A flipbook version of the guide is available on the CINZ website www.conventionsnz.co.nz