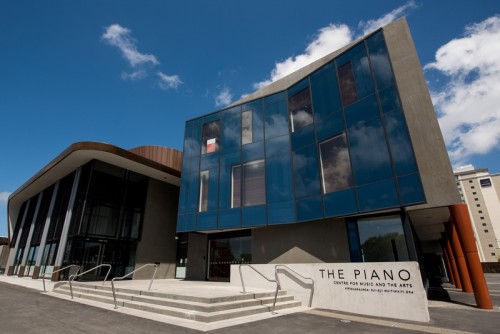 The Christchurch and Canterbury Convention Bureau (CCCB) has used this week’s Asia-Pacific Incentives and Meetings Expo (AIME) to highlight the regeneration of Christchurch, five years into its multi-billion dollar rebuilding programme.

Advising that new venues, shops, restaurants, restored heritage and generous green spaces are opening every month, CCCB Manager Caroline Blanchfield stated “we are unveiling an impressive new built environment around our river, parks and gardens, drawing on the city’s rich cultural and natural heritage and designed with people at its heart.”

Openings in the last six months include The Terraces waterfront promenade, the heritage neo-Gothic Arts Centre restoration, The Piano - Centre for Music and Arts, the $26 million Christchurch Adventure Park, and Christchurch’s Innovation Precinct.

Major banks and many government departments have all moved back into the city centre bringing thousands of their staff to smart new offices while international retailers are offering sophisticated shopping along the Cashel Mall pedestrian area, with plenty of excellent laneway dining and cafes. Explaining that this new 21st century city has a real “buzz”, Blanchfield adds “the focus is on pedestrian-friendly shopping, dining, arts and entertainment.

"Our famous Garden City charm has expanded to include new green spaces framing the CBD, with the Ōtākaro/Avon River precinct as the city’s centrepiece.” 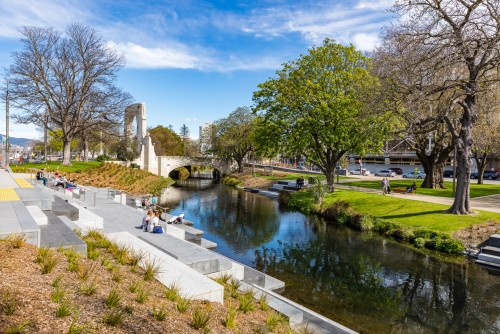 In the heart of the CBD on this prime riverfront site, Christchurch’s convention centre will be a world-class boutique facility of major architectural significance for 200 to 2000 delegates, planned for completion in late 2019.

Images: Christchurch's recently opened The Piano - Centre for Music and Arts (top) and the Christchurch Riverbank (below).