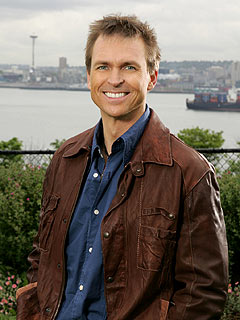 Christchurch & Canterbury Tourism is using the skills of multi-Emmy Award winner and host of hit TV programme The Amazing Race, Phil Keoghan to entice Australians to visit the region in a new advertising campaign.

Keoghan, who signed on earlier this year to promote his home region of Canterbury as a tourism ambassador, has filmed a series of TV commercials and short website films (webisodes) which Christchurch & Canterbury Tourism will use to attract more Australian visitors to its shores.

The $925,000 six-week TV campaign began at the end of October for spring and will continue for the 2011 autumn and winter, highlighting the region's different seasons.

Keoghan has been filmed cycling, skiing, fishing, enjoying great wine and food and chatting to interesting Cantabrian characters along the way.

The campaign was created by Christchurch-based creative agency AMG Agency and includes six 15-second TV commercials and 'webisodes' which are behind-the-scenes clips of the shoot.

Gail Anderson, Managing Director of AMG Agency explains "telling the story of the personality of our region is reinforced by the inclusion of a series of 'local talent'.

"These personalities are the 'keepers of the secrets' and the people that reveal their magic to our visitors."

Work commitments mean Keoghan is now based in the United States but he gets home as often as possible and is passionate about promoting his homeland to the world.

As Keoghan explains "the Amazing Race has taken me all over the world to some amazing places but there still nothing like coming home to New Zealand, and, of course, Canterbury has a special place in my heart because this is where my folks live.

"Each time I visit here I am reminded just how special this place is and Iâm very excited about sharing some of my home-grown knowledge of what Canterbury has to offer to our visitors."

Christchurch & Canterbury Tourism acting Chief Executive Ian Hay is thrilled someone as internationally renowned as Keoghan is lending his support to the region's marketing initiatives, stating that Keoghan "will certainly boost our profile and open visitors' eyes to the huge range of holiday experiences we have on offer in the Heart of the South."

Hay adds "all of the organisations involved are excited about the potential gains. We've set ourselves some ambitious targets but weâre confident we can achieve them and in doing so provide a significant financial boost to our tourism industry, which is such a vital part of our economy."

To view the first new webisode go to www.youtube.com/user/CanterburyTourismNZ?feature=mhum