The repair and restoration of the Christchurch Town Hall is on track to be completed by the middle of next year.

With land beneath the venue badly damaged in the February 2011 earthquake, in 2015 Christchurch City Council made the decision to fully restore the landmark building.

Since then up to 120 contractors a day have been working 10-hour shifts to bring the Town Hall back to life.

Patrick Cantillon, the Council's Project Director for the restoration of the Town Hall, advised “over the past two years significant work has been done to strengthen the building’s foundations.

“More than 1100 jet grout columns have been injected into the ground and a thick new concrete slab has been laid to help bring the building up to 100 per cent of the New Building Standard.

“We’ve also completed work on re-levelling the Limes Room and started work in the James Hay Theatre. As part of the work on the James Hay we’ll be improving the acoustics and installing retractable seating to make it a more flexible space.

“The focus over the next 12 months is to complete the main construction work and get the building’s heritage fabric reinstated.

“Through listening to the performing arts community we have made improvements that will enhance the Town Hall as a civic and performance venue of choice yet still maintain the building's original heritage look and feel.” 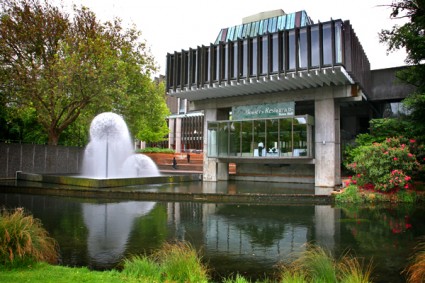 With the Council having set aside $127.5 million in 2015 for the restoration, following the 2025 Long Term Plan and subsequent Annual Plan processes, the budget was adjusted to $133.1 million to take into account inflation and to bring it into line with 2017/18 costs.

The project is currently tracking within budget.

During a recent tour of the Town Hall Christchurch Mayor Lianne Dalziel stated “it’s still very much a construction site but the progress that has been made is clear to see and we are well on track to returning this treasured facility to Christchurch residents next year.

“Many Christchurch people have fond memories of the Town Hall. They may have attended a graduation ceremony there, taken part in a performance or attended a classical music or rock concert. We’re looking forward to many more memories being created in this wonderful facility after restoration is completed next year."

Darren Burden, General Manager of Vbase, the venue management company which runs the Town Hall, said the re-opening of the town Hall could not come soon enough.

Burden stated “this venue has been sorely missed and we’re very excited about having it back in play.

“The improvements that are being made as part of the restoration work will cement its reputation as a world-class facility and we can’t wait to start hosting conferences and events in the Town Hall."

Andrew Holmes, Operations Manager for main contractor Hawkins, said the Town Hall was an incredibly important part of the history of Christchurch.

Holmes concluded “with so much of our heritage lost in the earthquakes, this restoration is key to retaining a significant connection between the past and the future shape of our city and Hawkins are really pleased with how the project is progressing.”

Images: Christ's College band Run 77 got to test out the auditorium's famed acoustics during a recent tour of the Christchurch Town Hall (top) and the venue prior to the 2011 earthquake (below).