Christchurch Town Hall repair a third of the way through 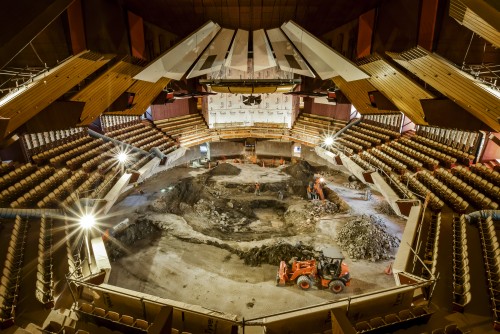 A year into its three year rebuild, the $127.5 million repair and restoration of the Town Hall, one of Christchurch’s most treasured Civic and heritage buildings, is moving forward.

Christchurch Mayor Lianne Dalziel, who recently visited the site, is impressed by progress at the site, explaining “I’ve been watching it from the outside, but it is even more unbelievable from the inside.”

The completion of the project, scheduled for mid-2018, will be a huge milestone for the city and a cause for celebration.

Mayor Dalziel added “people have so many memories of coming to the Town Hall for graduation ceremonies, concerts and all sorts of different events.

“This really is the living room of our city and it is something we have truly missed.” 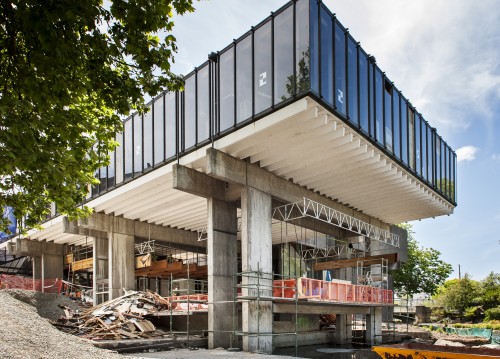 Christchurch City Council  appointed Hawkins in June 2015 to undertake the restoration work. Hawkins has spent the past 12 months working to significantly strengthen the building’s foundations so that it is protected from future earthquakes.

The installation of 1100 jet-grout concrete columns – each between six and eight metres long – into the ground beneath the Town Hall has created an earthquake-resistant underground wall of columns that will protect the building from any soil movement.

Christchurch City Council Senior Project Manager Patrick Cantillon stated “it has been a logistically challenging task and has taken 30,000 cubic metres of concrete but with the last of the jet grout columns in the ground, Hawkins are now ready to move onto the next stage of the project.

“Over the next 12 months the old concrete slabs across the Town Hall will be removed and new concrete slabs laid, with an average thickness of 900 millimetres.

“The Limes room will also be re-levelled. To do that, Hawkins will prop the building in the air with scaffolding, then snap and remove the 12 columns that currently hold it up so they can re-level it. Once it’s level, diagonal bracing will be added and new columns built to support it.”

Hawkins Construction South Island Regional Manager Steve Taw says the restoration of the Town Hall is a “technically challenging” project, but they are proud to be helping rebuild the city’s infrastructure.

Taw stated “in heritage projects such as these there will always be challenges, but we’re pleased with the progress to date and we’re right on track.” 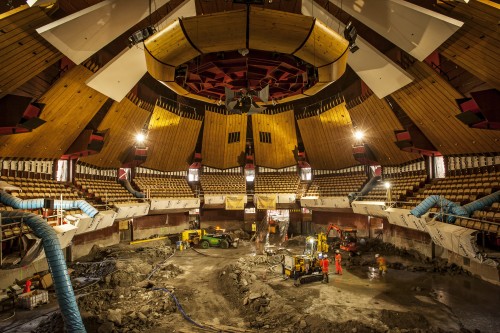 Between 60 and 70 people from 10 different nationalities are currently working on the site and that number will grow to approximately 300 people as work begins to piece the building back together.

The Council’s City Services General Manager David Adamson says the heritage values of the Town Hall are being preserved as part of the restoration project, but opportunities are being taken to make improvements to some aspects of the building.

Adamson concluded “the James Hay Theatre and auditorium, for example, are being modernised to ensure they provide world-class performance spaces that can be enjoyed for many years to come, while the restaurant and function room are going to be built back better to fix problems with the original spaces.

“We’re 12 months into the project now and we’re still on budget and on time so we’re really pleased with that.”