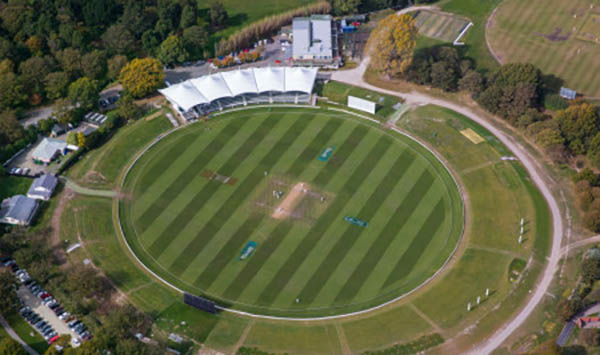 A proposal being put forward under the Greater Christchurch Regeneration Act 2016 by Regenerate Christchurch, on behalf of the Canterbury Cricket Trust (CCT) to allow permanent lights being installed at Hagley Oval is to be considered by the Christchurch City Council next week.

CCT is concerned the number of future international cricket matches that it can host will be limited because of restrictions imposed by a resource consent for Hagley Oval, which was granted by the Environment Court in 2013.

Restrictions include limitations around permanent lighting, the number of fixtures that can be held annually and what days and times games can be played.

The Council and other strategic partners have been asked to give feedback on the proposal, before it is submitted to the Minister. If the Minister decides to proceed with the proposal, then under the Greater Christchurch Regeneration Act, she must invite written comment from the public.

A report on the issue prepared for next week’s Council meeting requests elected members approve draft feedback on the proposal to be sent to Regenerate Christchurch. The feedback recommends a number of changes to the proposal to help regulate the scale of what would be allowed. It also recommends more public feedback is provided for and consistency with the rest of the District Plan is maintained around things such as noise allowances.

The report also suggests changes could be addressed through a different process, such as a standard plan change or a resource consent application that may be directly referred to the Environment Court.