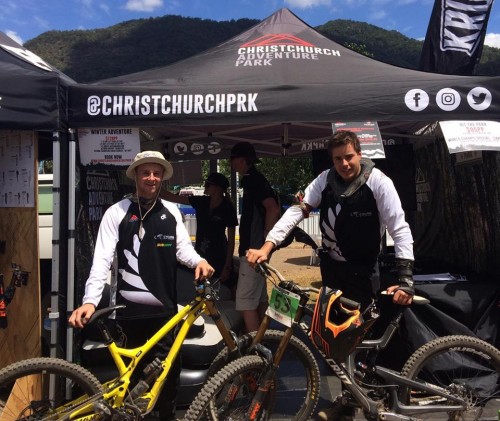 10 months after closing due to the Port Hills Fire, the Christchurch Adventure Park has today reopened to the public.

"It has been a really tough 10 months but today sees the start of 'CAP Take 2'. The staff are buzzing and we can’t wait to see the Park full of customers again.

"The exciting thing is that we are opening with some new trails that weren’t here before the fire. The new trails are spectacular and to top it off these are Forest trails so we still have managed to keep some of that trail experience.

"We will also have our coaching trail open. The other machine built trails will follow by early 2018 and we’ll reopen the other trails over summer as they are finished.

“We may be opening the doors quietly today but this weekend we’re planning a whole lot of festivities. There’ll be spot prizes, pump track challenge, scavenger hunt, bike suspension setup & tuning session with mechanical assistance and advice from Sram and Rockshox, Safety presentations with a Kali Helmet Giveaway, as well as Cassels Beer tasting.

"It is going to be a fun weekend.

"Not to mention the views from the top of the chair lift. The removal of quite a few trees has a bit of a silver lining in that the view from the top is absolutely amazing."

The fire saw the Park close for 10 months while logging of approximately 600 acres took place. The 26 tonne haul rope for the chairlift has been replaced along with all four zip lines. The existing trail network was destroyed and trail building has had to start again from scratch.

A significant section of the park has been replanted already and over 80 staff are now employed within the Park.

Newman added "we’d like to thank the community for their ongoing support, it has got us through some dark days and we can’t wait to be open again and look forward to welcoming the public back to the Park again."

6th October 2017 - ADVENTURE PARK TO BE DEVELOPED IN PORIRUA