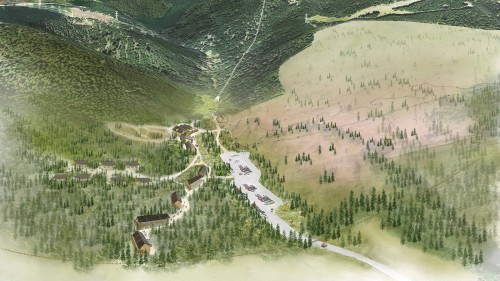 This week marks a significant milestone for the Christchurch Adventure Park with half of the planned development for Stage One completed on schedule.

Stage one of the development will see the completion of the Adventure Park village which will house the ticketing office, bike rental and storage as well as a café seating over 200 people.

A high speed chair lift will transport up to 1,200 visitors and their bikes per hour to the top of the Port Hills where visitors can access the walking tracks, downhill mountain bike tracks and a custom built zip line tour.

Christchurch Adventure Park Programme Director, Darron Charity, is confident on progress to date and meeting the opening deadline, commenting “we are half way there which is exciting but also slightly daunting given our self imposed deadlines.

“We have been very fortunate that the unseasonal dry Canterbury winter has enabled us to keep our development programme progressing and we remain on track to open The Park to the community in December.

“The support and professionalism of the local construction team has been instrumental in The Park’s progress. As has the close working relationships that we have developed with key stakeholders such as Environment Canterbury and the Christchurch City Council.” 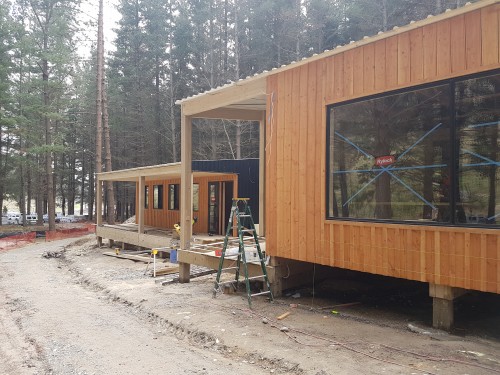 On site, the operational village is almost complete with the final touches being made to the operational buildings this month while the café is out of the ground and will become the building teams next focus.

The base station and the towers for the chair lift, manufactured by Dopplemayr in Austria, arrived in New Zealand last week and the first containers are now arriving onsite.

The development of the trail network is well underway thanks to the added support of a volunteer trail build team.

The Park will also host a dual line Zip Line Tour that will see locals and tourists flying high above the Cashmere Forest. The design team introduced dual lines to the experience so visitors will be able to share this thrill seeking attraction with their friends and family. 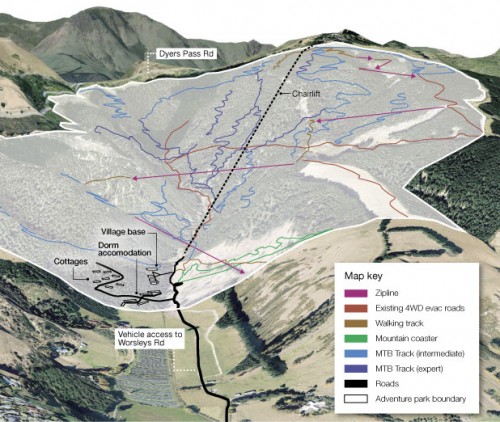 Christchurch Mayor, Lianne Dalziel, visited the Park last month and is excited about what it will mean for Christchurch, stating “the concept of an exciting bike park in a glorious setting so close to the Central City is the sort of attraction that will bring international visitors and thrill-seekers to our city.

“No adventure tourists will want to go straight to Queenstown from Auckland when they hear about the biggest adventure park in the Southern Hemisphere.”

“The Park is a wonderful initiative for Canterbury. It will not only highlight our region on the international stage, it will also be fantastic for locals. It will also attract young people to the area, increase visitor nights and create an amazing destination for all tourists and New Zealanders alike.”

The next three months are critical says Charity, who adds “site activity is going into overdrive.

“Along with the completion of the physical build of the parks infrastructure and buildings, we are full on hiring the operational team, establishing operational policies and training our team in order to bring the Park to life.

“I can certainly see many long days ahead of us but the team are excited and are so committed to delivering this project on time that I am confident we will achieve what we have set out to.” 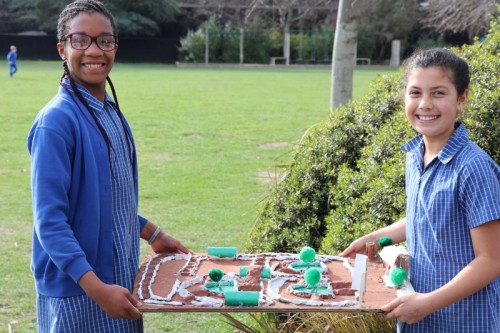 The Park has also announced the winning entrants of its ‘design a pump track’ competition.

The competition was targeted at school students aged between five and 12 years whom were invited to design a pump track or a feature of a pump track and explain why the Christchurch Adventure Park would be important to them. The competition attracted almost 50 entrants from around the region and saw students put across their best ideas in a wide variety of forms: from video, stop-motion films, minecraft designs, powerpoint, slide shows and models made from lego, playdough and a wide range of recycled materials.

The winning students will attend a design workshop at the end of September to assist the trail designers and input into the design of the pump track. They will visit the site throughout the build and most importantly claim the bragging rights of being the first kids to test and ride the pump track prior to the Park opening in December 2016.

The Christchurch Adventure Park is on track to be officially opened in December 2016.

Images (from top): A plan of the Christchurch Adventure Park, construction of the operational village, the Park's planned attractions and young winners from the Park's  ‘design a pump track’ competition.