Alan Kirkland, Chief Executive of leading consumer advocacy group CHOICE, has slammed the ticketing industry as being one of the worst offenders for ripping off consumers.

In an opinion piece ‘Ticket to take us for a ride’ Kirkland states “when it comes to ripping off consumers, some industries are repeat offenders. And the ticketing industry is one of the worst.”

He continues “in 2012, we gave Ticketek and Ticketmaster a Shonky award for their outrageous charges - which forced you to pay extra fees on top of the advertised price, even if you chose to print the tickets out on your home printer.

“The ACCC ultimately cracked down on these charges as an example of 'drip pricing', which is banned under the Australian Consumer Law. Ticketek and Ticketmaster agreed to change the way they advertise prices, to include the charges that you can’t avoid paying.

“This wasn't the industry's first run in with the ACCC. In 2011, ACCC action led the Federal Court to fine Ticketek $2.5 million for misusing its market power by trying to undermine competitor Lasttix.

“Sadly that did little to rein in the power of Ticketek or its main competitor, Ticketmaster.

“Ticketmaster has now expanded into the secondary market (a dressed up version of scalping). The new business Ticketmaster Resale purports to be a 'safe and secure' way to buy tickets for events that have been sold.”

However, as a recent CHOICE investigation showed, consumers can’t be sure that the tickets will be honoured when they turn up at the door.

Kirkland continued “whereas tickets that have originally been sold through Ticketmaster are verified and reissued, that's not the case for other tickets. And you can’t tell which ones these are.

“While Ticketmaster Resale offers a guarantee (subject to lots of conditions), a refund is cold comfort when you've spent hundreds of dollars travelling to an event or bought the tickets as a gift somebody special.

“This racket is so lucrative that we've now got international rivals moving in - in particular Viagogo, which operates on a similar model to Ticketmaster Resale. This has forced CHOICE to move our ticketing campaign to the international stage, working with consumer groups in the UK and New Zealand to gather information on the problems experienced by consumers who use these sites.

“But why, of all things, is the ticketing industry a place for such practices? For a start, buying tickets is often an emotional decision - if you're an Adele fan, you'll probably only get one chance to see her live, so you'll do almost anything to get a ticket. The resale market plays on this emotional hook even more, because it targets people who have already missed out and are looking for a second chance.

“But the other problem is one of competition: the ticket market in Australia is basically a duopoly, meaning that Ticketmaster and Ticketek can comfortably mimic each other's scams without fear of being undermined by a competitor.

“With both consumers and performers angry with the raw deal they get from the big two, this industry is ripe for disruption.” 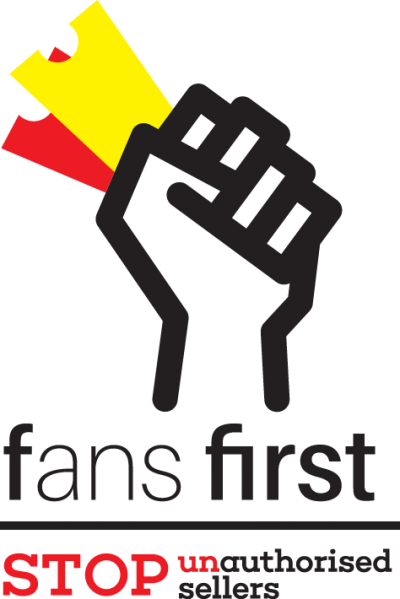 In a related development, Ticketek has launched a promotion, ‘Fans First’, that warns ticketbuyers of the dangers of buying from unauthorised sellers.

It advises that venues for which Ticketek is the authorised seller have “NO obligation to honour tickets purchased from or through unauthorised re-sellers.”

Notices placed on the websites of Ticketek venues advise “if you attend the event with a ticket purchased via an unauthorised seller such as Viagogo, Ticketmaster Resale, Tickets, eBay, Gumtree, Tickets Australia, Ticket Merchant, Ticket Blaster, TicketBis, Queenoftickets or any other unauthorised re-sellers, you may be refused entry to the event.”