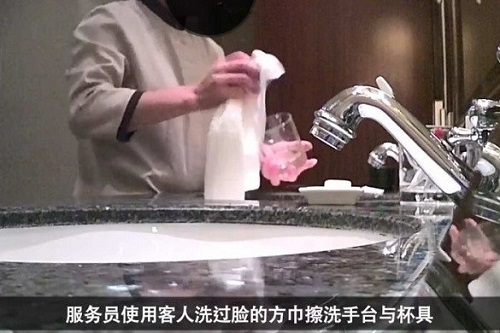 In the footage, shared on Chinese social media platform Weibo, cleaning staff were caught washing cups and mugs with the same sponge used to wipe down the shower and sink.

The clip, has been shared more than 80,000 times online and viewed nearly 100 million times to date, sparked outrage among many Chinese.

The blogger who posted the video, under the pseudonym Huazong, claims he had spent more than 2000 nights in 147 five-star hotels across several major Chinese cities.

11 of the 14 hotels involved have apologised since the video went viral, including the Waldorf Astoria in Shanghai and the Park Hyatt in Beijing.

China’s Ministry of Culture and Tourism has also ordered an investigation into the apparent breaches of hygiene standards.

18th March 2014 - China on the edge of leisure building explosion