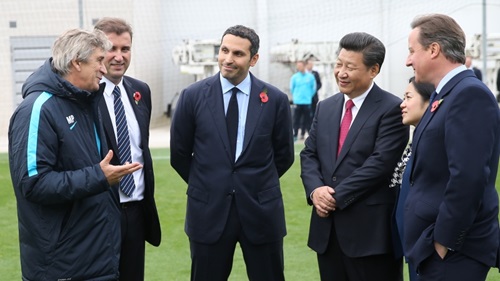 Last week’s announcement that a US$400 million stake in the City Football Group (CFG), held by a senior member of the United Arab Emirates’ royal family, had been sold to China Media Capital (CMC), a Chinese Government-backed investment conglomerate, highlights the importance of football in the two countries’ ambitions to project themselves on the international stage.

CFG, the owner of football related clubs and businesses including Manchester City FC, New York City FC, Melbourne City FC, and a minority shareholder in Yokohama F. Marinos, announced that the deal “will create an unprecedented platform for the growth of CFG clubs and companies in China and internationally, borne out of CFG’s ability to provide a wealth of industry expertise and resources to the rapidly developing Chinese football industry.”

The agreement, which values the group at US$3 billion, will see the consortium of CMC Holdings and CITIC Capital invest US$400 million to take a shareholding in City Football Group of just over 13%.

The announcement follows more than six months of discussions among the parties to find the optimum model and associated strategies for the partnership. The capital from the share acquisition will be used by City Football Group to fund its China growth, further CFG international business expansion opportunities and further develop CFG infrastructure assets.

Commenting on the investment, CFG Chairman Khaldoon Al Mubarak stated “our belief is that we now have an unrivalled platform to grow CFG, our clubs and companies both in China and internationally, and we will be working hard with our new partners to realise the potential that this deal creates.” 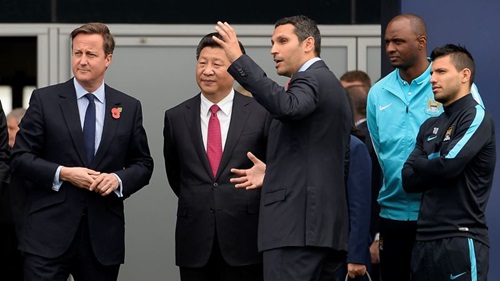 Abu Dhabi’s Sheikh Mansour bin Zayed bin Sultan Al Nahyan bought the then troubled Manchester City in 2008 for around US$400 million and has since expanded the club into the City Football Group.

According to James M. Dorsey, senior fellow at the S. Rajaratnam School of International Studies and co-director of the University of Wuerzburg’s Institute for Fan Culture, the sale “puts to bed any suggestion that Sheikh Mansour’s original acquisition was an act of vanity.”

Dorsey added “the deal puts into perspective Manchester City’s earlier decision to appoint its former player, Sun Jihai, as its ambassador to China and to include him in the hall of fame at Manchester’s National Football Museum, a move that initially raised eyebrows in the British football community.

“China last year stressed the importance it attributes to football domestically as well as internationally with the unveiling of a 50-point plan to turn the country into a football giant. In a first step, Guangzhou Evergrande Taobao FC won the Asian Football Championship.

“The plan made football a mandatory part of China’s school curriculum, pledged to establish 50,000 football schools and multiple academies over the next decade, and to set up a football lottery that would help fund the sport’s development.

“The plan also envisions professionalization of the Chinese Football Association, by separating it from China’s ports bureaucracy but not from Chinese politics.

“The Chinese emphasis on football, alongside the hosting of mega events like various Olympic Games, further reflects President Xi’s personal passion, first expressed in 2011 ... for China to qualify for the FIFA World Cup, host the event and, ultimately win it.”