Chinese cinema attendances to overtake USA as of 2020 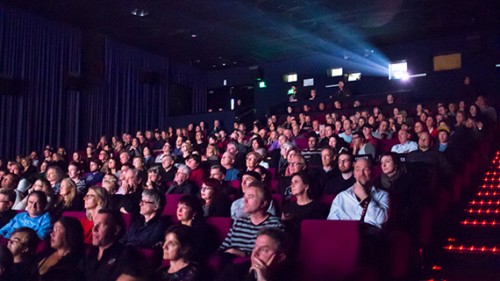 The Chinese cinema industry is set to outshine the US in box office takings as of next year according to a newly released study.

According to a new reported from PricewaterhouseCoopers, Chinese cinemas will next year gross US$12.28 billion in 2020, compared to US$11.93bn in the USA. The study predicts that the US box office will generate US$12.11 billion in 2019, compared to China’s US$11.05 billion.

The study explains “as the Hollywood majors continue to release mega-budget films, exhibitors are tempting consumers away from streaming platforms at home and back to theatres with high-quality screening facilities.

“Membership schemes can soften the impact of increased admissions for cinemagoers and are expected to become more popular over the forecast period.”

China’s anticipated overtaking of the US as the world’s biggest cinema box office comes as reports suggest the country has begun targeting Hollywood as part of the two nations’ escalating trade war. According to London's The Daily Telegraph this also includes China refusing to show Western films and not hiring American actors.

The US film industry has increasingly relied on the success of its movies in the Chinese market, but China’s Film Bureau has reportedly been indicating to distributors that US movies would not be given release dates in future.