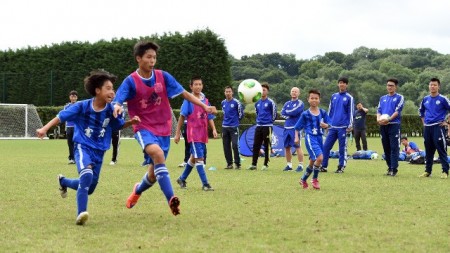 In the wake of ongoing on field disappointment and high political expectations, China is advancing a range of initiatives to build grassroots interest in football by expanding school systems and optimising youth training programs.

Earlier this year, the Physical Education, Health and Art Department of China’s Ministry of Education selected 8,627 primary and secondary schools across the country to teach mandatory football courses en route to developing 50,000 specialist football schools by 2025.

At the time of this announcement, Department Director Wang Dengfeng said the school system would need more guidance from the Chinese Football Association (CFA) and its affiliated training facilities to train more football oriented physical education teachers and technical staff.

At its national congress this week, the CFA has pledged to build a solid grassroots foundation by working with the Ministry of Education to provide competition organising expertise and technical training for physical education teachers and referees.

It also committed to help build more facilities to develop China's fledgling school football  system as its key agenda in 2016, to expand the talent pool for the higher echelons of the sport.

“The weak mass participation foundation is one of the key reasons for that, and it should be strengthened by encouraging youth participation by all means.”

After tying Hong Kong in a scoreless qualifying match last month, the Chinese squad has virtually missed out on any chance of reaching the next stage of qualification for the next World Cup, maintaining only a theoretical possibility to qualify depending on other teams' results in the pool stage.

That would be China's fourth failed World Cup qualifying campaign, a disappointment in light of President Xi Jinping's fervent wish to see China join world powers in the sport.

To improve future performance, congress attendees agreed  that building a sound youth cultivating system - which connects the school leagues, youth programs of local sports bureaus and pro clubs' reserve teams training - should be prioritized as a key to revitalizing the sport. 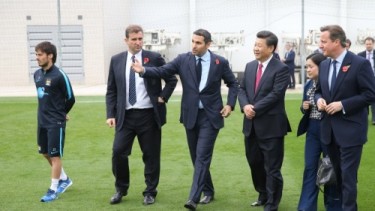 At the time of the purchase, CMC Chairman Li Ruigang stated “football is now at a fascinating and critical stage of development in China.

“We see unprecedented growth opportunities in both its development as an industry, being China’s most watched sport, and its inspirational role bringing people of all ages together with a shared passion.”

“We and our consortium partner CITIC Capital also see this investment as a prime opportunity for furthering the contribution of China to the global football family.”