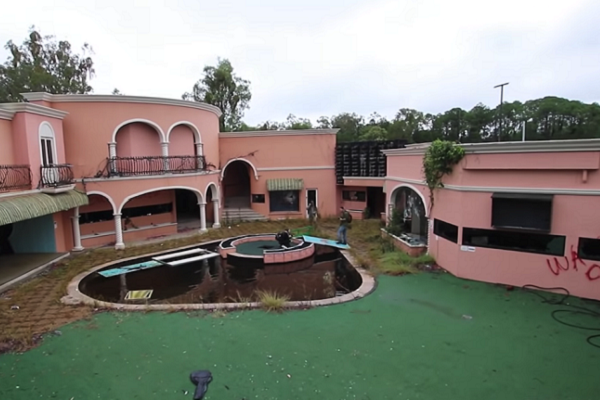 Six youths have been arrested in relation to a fire that completely destroyed the abandoned Gold Coast set of reality television series Big Brother.

The fire at the dilapidated mansion property at Coomera broke out around 2.15pm on Saturday. The adjacent Dreamworld theme park was not threatened but the fire sent thick plumes of smoke into the air.

Six children were arrested after being seen running from the site. Four children, aged between 11 and 15, have been charged with arson, while two nine-year-olds have been released.

The hit show Big Brother was shot at the site for 11 seasons from 2001. Since its cancellation in 2014, the house had decayed and been vandalised.

The property is owned by Queensland Investment Corporation.