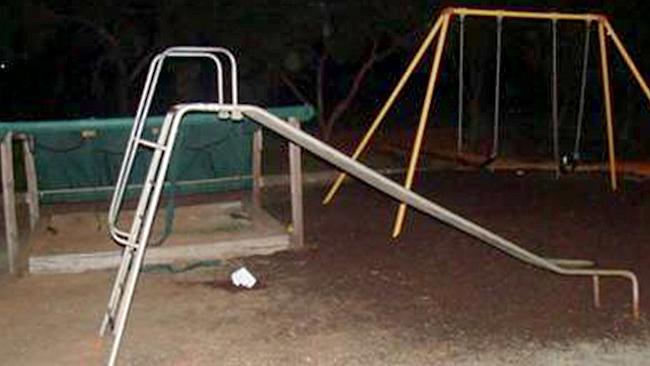 A six-year-old boy has died in South Australia after a playground slide fell on to him.

The boy was playing with friends in the township of Farrell Flat, 200 kilometres north of Adelaide, when a metal slippery slide overturned and fell on him on Saturday.

The boy, from the nearby town of Clare, suffered serious head injuries and died at the scene.

The playground is on a public reserve run by the Regional Council of Goyder. It has been closed while South Australian Police investigate the incident.

Councill Chief Executive John Brak, confirmed police had secured the playground, telling the Guardian Australia "we're not interfering with a SAPOL investigation it's their site."

Brak would not comment on whether the slide that tipped over met national standards.

However, Playground inspector Michael Kearnes says that the slide appeared not to meet national standards.

Based on viewing a police photograph he told the ABC, "the slide should be securely anchored to the ground either by concreting or fasteners.

"The slide itself is roughly 25 to 30 years old and should have been taken out of service a long, long time ago."

The slide has now been removed from the site.