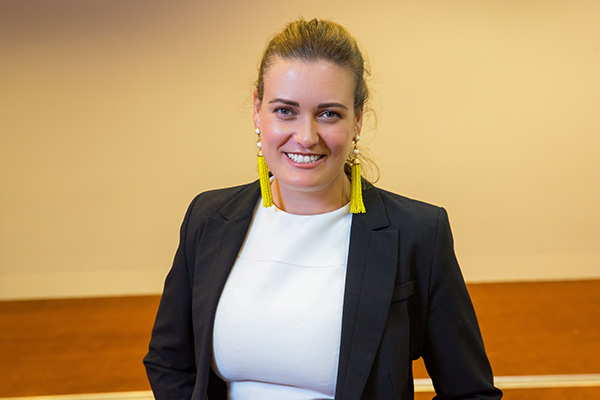 Melbourne’s new events venue, CENTREPIECE - located at Melbourne and Olympic Parks sport and entertainment precinct – has announced the appointment of its new Conference and Events Sales Manager, Laura Reddaway to oversee bookings for the Melbourne venue as anticipation builds for the official opening next year.

Reddaway has over a decade of experience as an event specialist across international trade shows and venues including positions with AIME, the leading meetings and conventions event in the Asia Pacific region, and ICMSA where she has also worked on some of the largest international conferences in Australia, including the World Congress on Public Health and the World Park Congress.

On her new appointment Reddaway (pictured) advises “I am delighted to be joining a team at the heart of Melbourne’s sporting and entertainment culture and to represent one of most versatile and exciting new venues in Australia as we prepare to open our doors.

“Our new facilities promise to be some of the most exciting in the world - I’m thrilled to help our clients bring a whole new calibre of experiences to life.”

Premier Events and Experiences General Manager, Lara Burnes adds that Reddaway will be fundamental in bringing CENTREPIECE at Melbourne Park’s market-leading offering to life, while contributing to the rebuild of Melbourne’s events industry.

Visit centrepiecemelbourne.com.au for more information on the venue's progress.