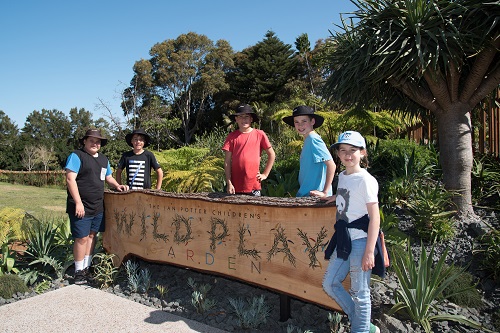 Presented on Tuesday night in Melbourne, Centennial Park was awarded:

Members of the Centennial Parklands team attended the awards event, collecting the trifecta of trophies.

The 6,000 metre² state-of-the-art, purpose built space for nature play is an outdoor experience for children and families of all abilities and backgrounds.

A nature escape and backyard for the highly densely populated eastern suburbs of Sydney, it is made up of 12,000 plants and trees, dry creek beds, an Artesian water play area with over 200 tonnes of Australian stone, bamboo forest, tunnels, turtle mounds – as well as the Park’s first treehouse.

The first of its kind in NSW, since its opening it has seen over 230,000 visits through its gates. 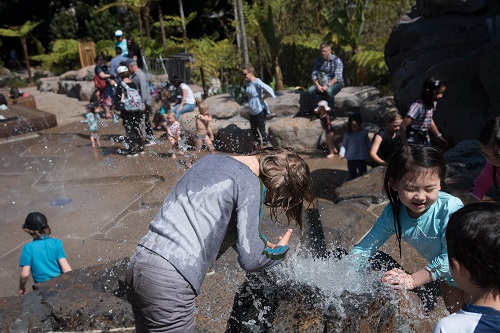 Amy Jozing, Manager Communications and Public Affairs for Sydney’s Botanic Gardens & Centennial Parklands, explains “the Garden has exceeded all expectations in terms of innovation, originality, build, engagement and general enthusiasm by the children, families, groups and stakeholders who enjoy the space.

“Centennial Parklands has been an industry leader for many years promoting nature education, wild play and its benefits for children facilitating learning experiences, programs and events for over 32,000 participants annually.”

World Urban Parks noted Centennial Park for its “well managed and protected mix of rich nature, well-preserved heritage and provision of a good range of activities, in cooperation with the community in the heart of the densely populated inner Sydney.” 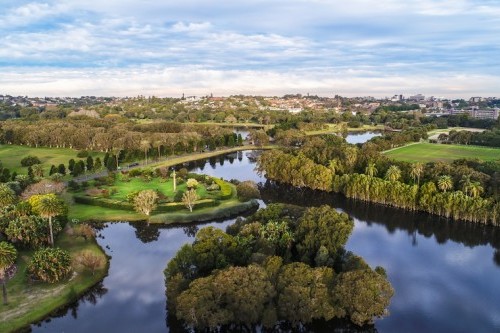 Global recognition
It has been a major year of recognition for the Centennial Parklands team, with open space collecting nine awards for the year – five for the Ian Potter Children’s WILD PLAY Garden, three for Centennial Park and one for Moore Park.

Jozing adds “none of which would be possible without the hardworking team and their commitment to create and deliver an outstanding and unique community asset that has gained world recognition.”

Commenting on the success, NSW Environment Minister Gabrielle Upton stated “here in Sydney we’ve known for a long time what a treasure we have in Centennial Park and now it is being recognised as one of the world’s best open spaces.

“The Ian Potter Children’s Wild Play Garden ... was recognised as the best in Australia for its unique approach to child learning and engagement, designed to engage the five senses and reconnect children to nature (and) is one of the park’s most popular family attractions.

“The Green Flag Award recognises and rewards well managed parks and green spaces, setting the benchmark standard for the management of recreational outdoor spaces across the United Kingdom and around the world.

“That Centennial Park has been awarded six consecutive Green Flag Awards is a tribute to its status as one of the world’s best public parks.”