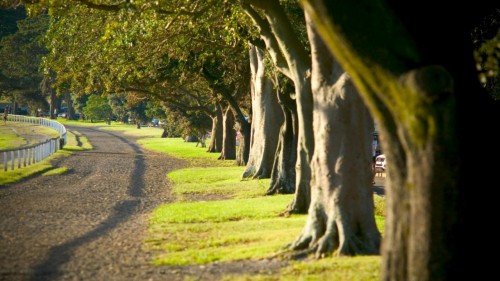 Centennial Parklands has again been recognised as one of the world's leading public parklands by winning a prestigious Green Flag Award in the year of its 125th anniversary.

One of 10 recipients of the award in its inaugural year in Australia and New Zealand, Centennial Parklands (pictured) is well known for as the birthplace of modern Australia (being the home of Federation) and as one of the most popularly visited destinations in Australia.

The Green Flag Award is an international award which assesses the quality of parks across a number of categories, including their safety, quality of the facilities, management of the environment historical features, and as great places for people to play and recreate.

David Clarke, Chief Executive of Parks Forum (the Green Flag accreditation agency), congratulated Centennial Parklands on attaining the Award and said that it should consider itself alongside some of the world's highest quality parks.

Clarke explained "Australia's and New Zealand's natural environment has a lot to do with what makes our countries special. Our parks provide a window to the natural environment, and in a highly urbanised society this is more important than ever.

"We know that healthy, well managed parks mean healthier communities and the Green Flag Award shows us which parks are setting the standard.

"It's great to see Centennial Parklands recognised formally on the world stage. Local visitors, as well as national and international tourists can be sure that they will be visiting a great park."

Centennial Parklands Director and Chief Executive Kim Ellis expressed pride in receiving the award, adding "we are delighted to have been successful in attaining the Green Flag Award. This comes amidst much community celebration and acclaim for our 125th Anniversary celebrations for Centennial

Park and once again reinforces what has been acknowledged for many years these Parklands are indeed among the top public parklands in the world."

Other recipients of the inaugural Green Flag awards in Australia and New Zealand are: