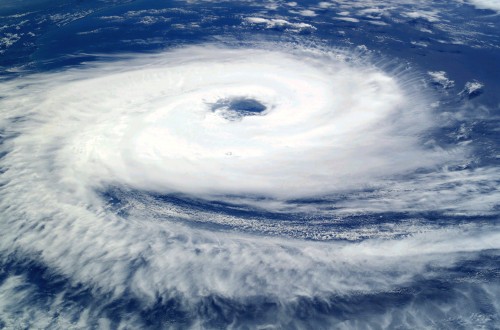 Severe Tropical Cyclone Yasi was upgraded to category five this morning as the weather bureau warned it was likely to be "more life-threatening" than any storm seen in Australia in living memory.

Tens of thousands of people are fleeing their homes ahead of the monster storm, which is expected to hit the coast between Cairns and Innisfail with winds of up to 295 kilometres per hour near the core.

Queensland Premier Anna Bligh says the storm's expected landfall at about 10pm this evening is the worst possible news for a state which is already reeling from recent flooding.

Premier Bligh says Cyclone Yasi is the "most catastrophic storm to ever hit our coast".

"We are facing a storm of catastrophic proportions in a highly populated area. You've heard all of the statistics and what it all adds up to is a very, very frightening time for people and their families."

The weather bureau says Cyclone Yasi poses an "extremely serious threat" to life and property within the warning area, especially between Port Douglas and Townsville.

The weather bureau says the threat of a storm surge is also a serious concern with Cyclone Yasi coinciding with the high tide.

Almost one-third of Townsville's population has been told to evacuate and residents are being warned to expect destructive winds by this afternoon.

Both the Cairns and Townsville airport will close later this morning, with runway in Townsville remaining available for defence and emergency services.

Among many emergency measures, a brick outhouse will be the 'panic room' for about 100 people holed up in a Cairns caravan park as Cyclone Yasi bears down on the city.

Sunland Leisure Park spokesman George Piggott says campers have left the property, but about 100 people had chosen to stay with the caravans to await the tempest.

Concerns about the cyclone Yasi have forced the National Basketball League to reschedule the Cairns Taipans' home game against the Perth Wildcats originally fixtured for this Friday night (4th February) to later in the season.

The game will now be held at the Cairns Convention Centre in Round 24 on Saturday 26th March.

Basketball Australia Chief Executive Larry Sengstock said the move was the only option available given concerns about the safety of players, coaches, officials and fans.

Sengstock explained "while we never like to have to shift previously advertised games, the upgrade of cyclone Yasi to category five overnight made the decision an easy one for us.

"After speaking to both the Taipans and Wildcats, we decided to move the game to Round 24 when fortunately both teams had a scheduled bye."

The Hyundai A-League Week 26 match between North Queensland Fury and Brisbane Roar scheduled for Saturday evening at Townsville's Dairy Farmers Stadium has also been postponed due to the cyclone.

Football Federation Australia officials met with representatives from both Clubs, the host broadcaster FOX Sports and the venue and decided to make an early call to assist all concerned, especially traveling supporters, players and staff that may be affected.