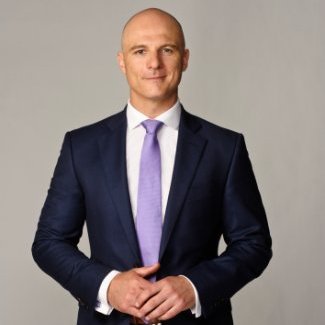 The Carlton Football Club has announced the appointment of Cain Liddle, currently the Chief Customer Officer at Richmond Football Club and Managing Director of Aligned Leisure, as its new Chief Executive.

Liddle, a former Geelong player, has achieved remarkable success in developing Richmond’s commercial activities since joining the club in 2010, where he was responsible for overseeing membership, retail, licensing, ticketing and corporate revenues.

In that time, he has overseen seven consecutive club membership records, growing membership at Richmond from around 36,000 in 2010 to in excess of 75,000 members in 2017.

Liddle was also instrumental in the development of Richmond’s Education and Training business, forging a relationship with Swinburne University of Technology, that would later lead to the securing of Swinburne University as the club’s naming rights partner at Punt Road Oval.

Liddle spent eight years as an Assistant Coach with the Calder Cannons and Vic Metro in the under 18 National Championships. He was also drafted from the Western Jets to the Geelong Football Club where he played four senior games during the 1994 and 1995 seasons.

Commenting on the appointment, Carlton Football Club President Mark LoGiudice stated “after a thorough and extensive process conducted by David Campbell of Egon Zehnder and led by the selection panel consisting of myself, and Club Directors Kate Jenkins and Chris Judd, we are fortunate to have secured Cain as the Club’s next CEO.

“He brings a wealth of commercial and consumer experience and we believe he is the ideal candidate that will be integral in leading the Club to its next level of success.”

Welcoming his new role, Liddle added “the Carlton Football Club is a proud organisation with a significantly rich history, and a very exciting future.

“To be given the opportunity to work with such a talented team both on and off the field, who are united in their determination to deliver Carlton members sustained success across both the male and female competitions, is an opportunity for which I am extremely grateful.”

In the wake of Liddle’s appointment, Melbourne’s media focussed on former AFL Football Operations Manager Simon Lethlean having been “overlooked” for the role, suggesting that LoGiudice had reached an informal agreement with him to take up the position.

Lethlean left the AFL in July as a result of "inappropriate relationships with two younger women who work in the AFL industry".

Liddle (pcitured) will commence in the role next Monday (13th November).