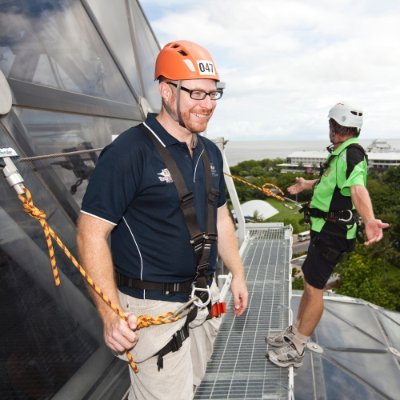 Cairns attractions operator The CaPTA Group is celebrating after the presentation of the Len Taylor Young ATEC (Australian Tourism Export Council) Award for Excellence to its Sales and Marketing Manager, Ben Woodward.

Presented at last week's national ATEC Symposium 2013 in Adelaide, the award recognises the outstanding efforts and contribution to the development of Australia's tourism export industry by a Young ATEC Member under the age of 35, and has not had a Tropical North Queensland winner for over 10 years.

Woodward won the award over seven finalists from all over Australia, winning a two week professional development placement at the Tourism Australia office of his choice, including flights, accommodation and spending money courtesy of Qantas, Accor, and Tourism Australia.

His nomination included his roles as North Queensland Young ATEC Chair and on the National ATEC Board of Directors, as well as his contribution to the local industry and gay and lesbian tourism through his involvement the annual Cairns Tropical Pride Festival.

In his acceptance speech, Woodward thanked his family, friends and colleagues for their encouragement and support, stating "it's been a tough couple of years for our region's tourism industry, but lately it seems we've been on a winning streak, and this certainly feels like part of that."

Woodward's parents, Charles and Pip, are veteran tourism industry pioneers, opening the Rainforestation Nature Park in Kuranda in 1976, with Ben and his two brothers Michael and Peter continuing the family business into the next generation.