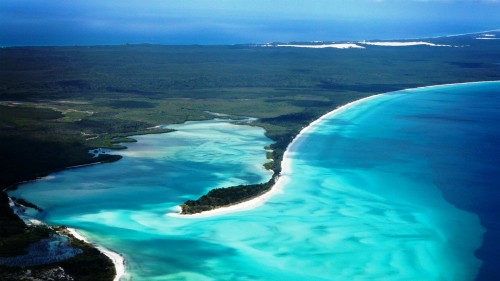 Subject to the consent of Traditional Owners and the support of local communities, suitable parts of Cape York Peninsula and an expanded Fraser Island World Heritage area would be nominated for World Heritage status.

Queensland Minister for Environment and Heritage Protection Dr Steven Miles said the funding in the 2016/17 State Budget would advance the nomination and consultation processes.

Dr Miles stated “we have a unique opportunity to leave parts of the Cape York Peninsula with a World Heritage legacy.

“Both the Australian and Queensland Governments have long recognised the special natural and Indigenous cultural values found on Cape York Peninsula and want to see those values recognised, celebrated and protected internationally.

“We will work closely with interested Traditional Owners and the community to develop a World Heritage Tentative List nomination that includes suitable areas of the Cape York Peninsula.

“This will include confirming a process for obtaining consent, identifying key values, preparing a tentative list nomination, and developing options for management of a future World Heritage area.

“Cape York Peninsula is worthy of protecting but the nomination will only proceed with Traditional Owner consent and community support".

Dr Miles said the Queensland Government also planned to extend the Fraser Island World Heritage area to include the Cooloola Section of Great Sandy National Park as well as other surrounding areas that play a key role in telling the unique story of the area.

Dr Miles added “Cooloola should be recognised for its Outstanding Universal Value.

“The World Heritage listing would give the Cooloola region international recognition, whilst providing greater protection.

“The Cooloola area shares many of the same outstanding values as neighbouring Fraser Island, which was inscribed on the World Heritage List in 1992.

“As with the Cape York proposal, the extension will only be progressed with the consent of the relevant Traditional Owner groups and on the basis of stakeholder support.

“The Government will work with Traditional Owner groups to establish a process for consent and to inform the nomination dossier that will be presented to the World Heritage Committee for consideration.

“The proposed extension better presents the full extent of the world’s oldest and most complete coastal dune systems and will give the region the international recognition and protection it deserves.”