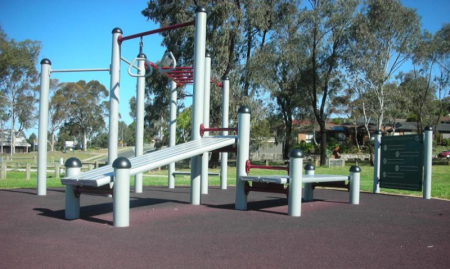 A respected recreation planner has questioned the value of fitness zones and outdoor gyms, suggesting that there is no evidence that they increase exercise participation and stating that it is "doubtful that they are a cost effective use of public money."

Writing on LinkedIn, City of Campbelltown Sport and Recreation Coordinator, Neal Ames covered a range of issues including the cost effectiveness of fitness zones, whether they increase exercise participation and their equity of use.

Ames wrote "significant numbers of local governments around Australia are installing outdoor fitness zones in their communities. These zones are normally located in play spaces, parks or adjacent to sporting fields.

"The idea of bringing activity equipment into parks as a way of stimulating more physical activity is exemplified by installing 'Fitness Zones', easy-to-use outdoor gyms consisting of durable, weather- and vandal-resistant exercise equipment for strength training and aerobic exercise.

"These are intended to provide new exercise opportunities for large numbers of people in public settings."

He added that the equipment needs no electricity and is appropriate for individuals 13 years and older and for all fitness levels, explaining that "fitness zones are collections of individual fitness stations. These stations are purpose built, installed in situ and in the case of mechanical, are governed by the weight of the participant.

"Fitness zones are set out in a number of different configurations. In groups (outdoor gym), singular (separated by 100 metres), or trails (separated by more than 200 metres)."

Ames provided a cost model suggesting that the total cost for a fitness zone of eight pieces of equipment, installation, and staff time for coordinating the installations averaged $55,000 per site.

Analysing their usage and value, he went on to state "I am aware of anecdotal and empirical evidence that the cost effectiveness of these stations may be questionable.

" I visited Mount Saint Quentin Park (Ingleburn, NSW, ed) and conducted an inspection of the new play space and the fitness trail and observed that the equipment appeared new and unused.

"It got me thinking about the cost effectiveness of these stations. To that end I conducted a desk top review of academic and grey literature that has examined the use of fitness trails."

Ames referred to a research papers have been written which included conducting extensive surveys, into the subject. Instigated by much the same thinking as my own, that significant amounts of public money were being expended on public infrastructure that as of yet had not been demonstrated to be cost and community effective.

Having asked "do these fitness stations increase participation" and "are they cost effective", Ames went on to explain "research in America has shown that the majority of users of outdoor fitness stations are people that are already active.

"Statistically these people cannot be counted as they would be doing physical activity whether the stations were there or not.

"That being the case if the equipment wasn’t there there would be a significant saving in public monies and no loss in participation."

"This measure states that 1 MET is equal to 20 minutes of vigorous exercise.

"I stated above that a standard eight station outdoor gym will cost approximately $55,000.

Research done by Cohen (2013) indicates that a standard outdoor gym, placed in a high density urban area could expect an average usage of 50 persons per day; which equated to 10.5 cents per MET.

"This is calculated by dividing the number of users per day by the total cost of the facility i.e. C * Users = MET.

"At this MET rate it would take 29 years for the installation of this equipment to be cost effective."

Commenting on equity, Ames wrote "the issue of equity is also important.

"International figures show that only 30% of park users are woman.

"A number of reasons exist for this statistic, however safety is the paramount one given. The majority of park visitors are men. Woman, when asked about using outdoor fitness gyms responded that they are put off their use due to feeling isolated and unobserved (Passive Surveillance)

"As women make up 51% of Australian society it is questionable whether public money is being effectively spent if only 30% of them visit parks and only a small fraction of that component are making use of a particular infrastructure."

Ames concluded "some research showed that there was a slight increase in park visits for parks that had this equipment but was not considered to be statistically significant (but) on a cost effective measure it is doubtful that they are a cost effective use of public money.