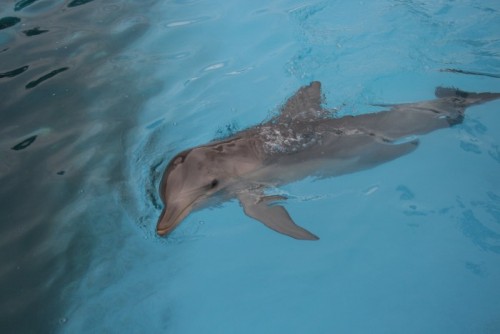 Along with Greens member Mehreen Faruqi, Animal Justice Party member Mark Pearson and advocacy group Australia For Dolphins, Carr has drafted a Bill to end the keeping and breeding of dolphins in captivity.

Carr has a history of working for dolphin conservations having, in 1986, introduced legislation that banned the capture and display of wild dolphins in dolphinariums across NSW.

At that time there were three dolphin attractions in NSW although an unforeseen loophole in the law saw that captive breeding could still occur.

Carr told Huffington Post Australia “(the attractions) closed and I expected they’d stay closed but we are now aware of this quirk in the law that allows them to continue.”

Over the next few months the Bill will go through a formal drafting process prior to a debate will in the NSW Parliament.

If passed, the new legislation will directly affect Dolphin Marine Magic in Coffs Harbour - the only remaining dolphinarium in the state.

Opened in 1970 the attraction is currently home to five dolphins and in August last year came under scrutiny when its youngest dolphin, Ji, suddenly passed away. At the time, details of the death were kept secret.

However, SBS recently revealed that the young dolphin suffered a heart-attack after efforts were made to extract foreign material from his stomach.

Medical complications aside, captivity has long been criticised for not being able to meet the needs of these highly intelligent, active and social animals.

The documentary Blackfish, which covered the sad case of a killer whale suggested that confinement of marine animals can produce psychosis, which in turn makes these animals unpredictable and aggressive.

Carr believes that captivity is not conducive to the species’ mental and physical wellbeing, stating “to think of these creatures being confined in a pool one third the size of an Olympic swimming pool is to know what this is all about. It’s plain cruel.

“We think the crooked smile on the face of a dolphin shows they’re enjoying captivity but the captivity is in fact driving them mad.”