Cameron Mackintosh to expand in Australia with Melbourne office opening 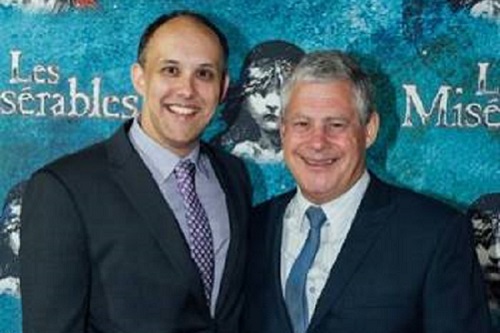 Music Theatre International, the world’s leading musical theatre library and part of the Cameron Mackintosh group of companies, is set to open an Australasian office in Melbourne later this year.

Already the largest company in its field in the USA, Music Theatre International (MTI) will also open a new European office in London, and eventually will open an East Asian office.

Founded by composer Frank Loesser over 60 years ago, MTI represents and licenses the majority of  performance rights to the works of contemporary musical theatre writers.

Mackintosh became an equal partner of the company 25 years ago but has recently acquired majority shareholding.

Explaining the expansion, Drew Cohen, Chief Operating Officer of the company’s global activities, advised "our management team enjoys the closest of long-term relationships with the authors whose work we care for, whether they are the legends of Broadway and the West End or are just embarking on their careers in musical theatre.

“We work hard to nurture creators as well as the wonderful works they create.”

Australia was the first territory in the world to license amateur productions of Les Miserables in the mid 90s which led to MTI’s decision to develop the School Edition version of Les Miserables in 2002 as part of the Victor Hugo bicentennial celebration. Its success resulted in the creation of additional School Edition adaptations and the Broadway Junior Collection, making some of the most successful musicals in history available to Primary and middle school age children.

Hal Leonard Australia will continue to license and distribute the performance materials to the amateur, education and professional markets.

Looking forward to the expasnion, Mackintosh stated "I am absolutely delighted that the time has come for an exciting new chapter in MTI’s long history in Australia and a re-organization of our highly valued relationship with Hal Leonard and continuing to work directly with Stuart our new Managing Director."

MTI’s catalogue ranges from Guys and Dolls, West Side Story and Fiddler on the Roof, to modern classics like Hairspray, Little Shop of Horrors and Mamma Mia! It also represents the majority of works of Stephen Sondheim, as well as all the stage productions of Disney Theatrical and Cameron Mackintosh (including The Lion King, Mary Poppins, Miss Saigon and Les Miserables). The catalogue also includes shows from many exciting new talents, whose works are emerging on the world’s stages.