Caloundra Indoor Stadium to be upgraded 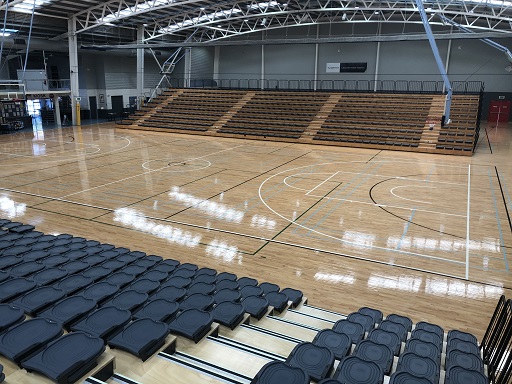 Sunshine Coast’s only four-court multi-purpose air-conditioned stadium - Caloundra Indoor Stadium - is to be renovated with amenities, change room and kiosk upgrades and having the sprung timber floor resealed.

Caloundra Indoor Stadium is an ideal location for local sports teams; major sporting events; and exhibitions and trade shows with the renovations and improvements to benefit many sporting and community groups who regularly use the Sunshine Coast Council facility located at North St, Golden Beach.

The indoor stadium has the capacity to seat up to 1700 people. The show court now has a total of 1000 seats surrounding the courts, creating an exciting court side viewing experience. It also offers a community meeting area for up to 30 people.

The stadium will be closed for five weeks from 23rd December until 26th January, reopening Wednesday 27th January.

All community groups using the stadium have been notified and the team at Caloundra Indoor Stadium looks forward to welcoming sporting enthusiasts back in late January.