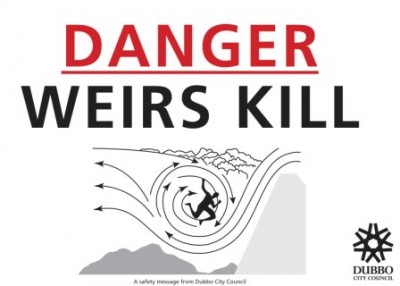 In a bid to prevent drowning deaths in Country NSW, Councils in the State’s Central West are calling for compulsory water safety lessons for children while, in the lead up to the end of the 2014 school year, the NSW State Emergency Service has been running water safety lessons at schools in Dubbo, with a particular focus on the dangers of weirs.

SES Volunteer, Karen Martin, was called to one of the South Dubbo weir drownings and she said she's telling the children about the slim chances of rescue should someone go in.

Martin told the ABC "I tell them what a weir is, why they're in the water that they let water out of the dams and it comes down the river, that the faster the water is the more pressure there is in the weir.

"You get held under each time and it just keeps going around and around until you run out of air."

Martin, who is also an AustSwim instructor, is passionate about teaching water safety to children after she almost drowned as a six year old.

She recalls "I was sitting on the bottom of the pool waiting to die, it was only that my mother came over to see what was going on.”

Meanwhile, Orange City Councillor, Jason Hamling, is calling on the NSW Government to make swimming lessons mandatory in all schools across the State.

Councillor Hamling stated "I'm actually calling on the State Government to see whether we can get compulsory swimming lessons back into our schools.

"Rivers, dams and those sort of things out west a lot of kids that drown and you know if a tragedy does happen there's help there for people who are put in that situation to try and keep someone alive, hopefully avert a tragedy.”

Councillor Hamling is awar that rivers, dams, pools and lakes can be extremely dangerous especially for inexperienced swimmers, adding “you don't get many second chances on the waterways and tragic accidents can occur in a split second.

"If we can do things to try and avert them by putting signs up or making compulsory, basic school lessons where young kids in Kindergarten or year one can if they are in danger or just keep afloat so they can get help." 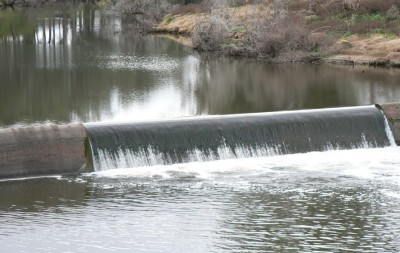 She concludes "there are still too many children slipping through the cracks.

“I teach a lot of kids who are in their teens who have hardly been in the water.”

At the suggestion of Councillor Hamling, Orange City Council recently erected resuscitation signs which show people how to perform CPR, at Lake Canobolas, in case of an emergency.

30th April 2010 - PUSH FOR SWIM TEACHING FOR ALL NSW STUDENTS