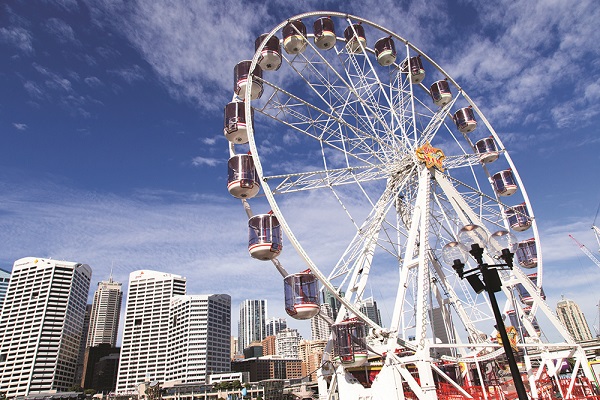 The Cairns Esplanade is set to host the country’s highest, continuously travelling Ferris wheel for a three-month trial from the end of this month.

Currently in operation at Brisbane's annual Ekka, the 35-metre high Ferris wheel will be named The Reef Eye during its stay in Cairns and will offer guests 360-degree views through fully enclosed, plexiglass-wrapped gondolas.

Westshell Wheels' flagship product, which has featured at festivals and shows including Vivid Sydney at Sydney's Darling Harbour, the Sydney Royal Easter Show, the Moomba Festival in Melbourne and the Bondi Beach 14-day winter festival,, will be erected from 26th August, with operation to start from Friday 30th August.

Able to accommodate up to 700 people an hour, the attraction reaches new heights at nights, with each gondola incorporating an LED lighting system with 35 changing patterns, which can be programmed to complement theming, branding and environments.

With Cairns Regional Council partnering with Westshell Wheels to host the attraction, Mayor Bob Manning said the Ferris wheel was exactly what the city needed at the moment.

He advised “I am sure locals will be lining up to see the city from a view they would not often get the chance to see.

“I imagine it will also appeal to thousands of tourists who will be snapping photographs from the top and sharing them then on Facebook and Instagram, sending amazing images of our city across the world.” 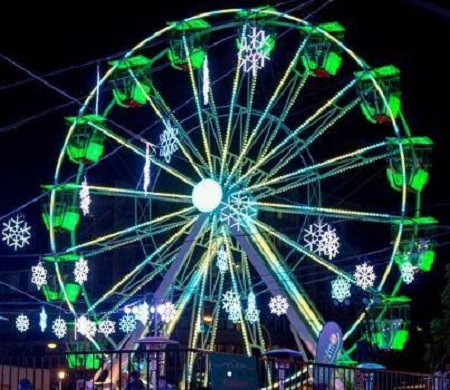 Westshell Wheels General Manager Leigh Achis said the company had actively engaged with the Council to bring their flagship Ferris wheel to Cairns.

Achis commented "following its departure from Darling Harbour in Sydney, we were approached by several potential iconic locations around Australia, who were eager to snap up this awe-inspiring opportunity.

“After some long meetings with our management team, we thought we would take a chance left field and contact Cairns Regional Council. We weren’t sure if we would even stand a chance in this beautiful city.

“After a few calls and exciting conversations, it was a match made in heaven.

“What more could you want - Australia’s most iconic Ferris wheel positioned on the Esplanade in Cairns, the gateway to the world’s largest coral reef.”

Adding that the company was also keen to explore opportunities with local businesses through cross-promotional activities and campaigns, Achis added "the wheel would also be able to generate employment opportunities for locals during its stay.

“There are also several opportunities for businesses to sponsor the wheel and use it as a massive marketing and advertising tool.

“We know that Cairns is already a huge tourist destination, we wanted to partner with the city and bring locals back into the CBD and enjoy something new.

“A destination location providing something that would be popular with families, couples and basically everybody.”

Transported within four semi-trailers and with a 20 metre² operating footprint, the wheel will take two days to erect.

Image: Westshell Wheels' flagship at Sydney's Darling Harbour (top) and in operation at night (below).