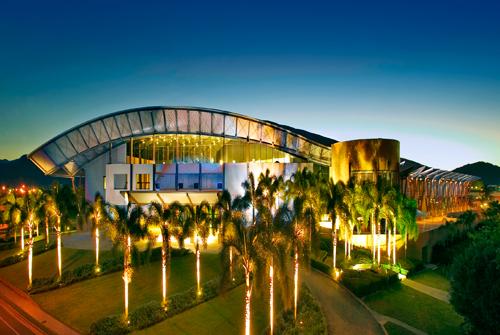 The Cairns Convention Centre has again been accredited with EarthCheck certification, the international benchmarking process recognising standards that meet the compliance needs of the new carbon economy.

In receiving its latest EarthCheck certification, benchmarking data provided in seven indicators noted Cairns Convention Centre is at or above best practice level, an achievement which was very highly commended.

"Situated between two World Heritage listed areas, it is only natural that environmental responsibility is a priority of the Cairns Convention Centre."

The Cairns Convention Centre is a Queensland Government initiative operated by AEG Ogden.

For more information go to www.cairnsconvention.com.au