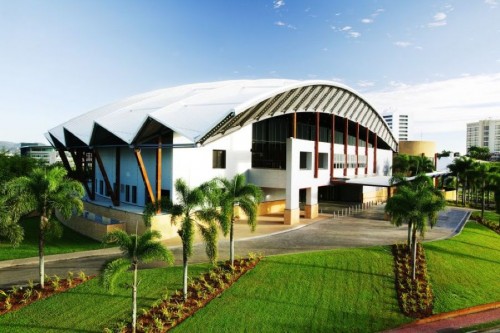 The Cairns Convention Centre has celebrated 15 successful years of operation with a special function attended by over 200 local dignitaries, civic and industry leaders and major local clients.

Since opening in 1996 the Centre has delivered $700 million directly to the regional and Queensland economy, generated 1.5 million hotel room nights and hosted almost two million delegates and patrons.

Since 1999, it has also been the home base for the Cairns Taipans in the National Basketball League.

The Centre has been proudly managed on behalf of the Queensland Government by AEG Ogden since its opening and General Manager Ross Steele believes that the strength of this network as well the stability and the longevity of the team has been instrumental in the continuing success of the Centre.

A major highlight was the International Association of Congress Centres (AIPC) Apex Award for the World's Best Congress Centre in 2004, the only regional centre in the world to have achieved this distinction. This Award is based on comprehensive performance and customer satisfaction analysis covering topics such as congress facilities, project management, catering and technology.

The Centre has gone on to consistently rank in the top four in the world in all AIPC surveys since 2002.

Adding to these credentials was the awarding this year of the AIPC Quality Standards Programme Gold Certification, with the Cairns Centre being one of only 13 venues from throughout the world to have successfully achieved this distinction.

This is in addition to its ISO9001 and EarthCheck (formerly Green Globe) certification.

Steele explains that while international awards and recognition for the Centre are heartening, the most important measurement for us is the success of our clients' events.

"We have just completed our most successful year of international forward bookings which will ensure the Cairns Convention Centre's economic contribution will continue well into the future."